It's down to the final 10 games of the season for the Flyers. Before the season closes, another new face will get a chance to make his mark at the NHL level and get on the radar for next season.

Bobby Brink makes his NHL debut as the Flyers take on the Washington Capitals on Tuesday night. 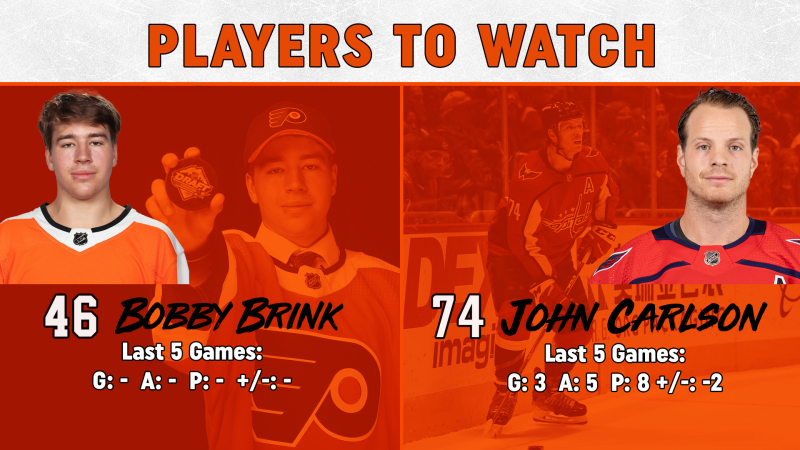 Bobby Brink makes his NHL debut fresh off winning a national championship with University of Denver. The NCAA's leading scorer this season will now see if he can make some of that translate to the NHL level.

John Carlson had an excellent week, picking up eight points in the last three games, including three goals. While much of the attention goes to the Capitals forward group, Carlson possesses plenty of high-end skill and scoring ability of his own. 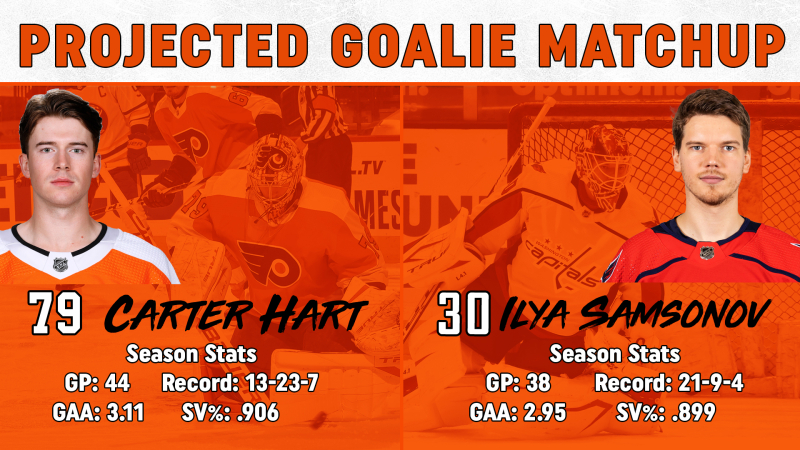 Carter Hart gets the start for the Flyers. Hart makes his first start since last Tuesday. He's currently on a personal four-game losing streak and has allowed 19 goals during that time.

Ilya Samsonov makes the start for Washington. Samsonov picked up the win against the Penguins in his last start, making 29 saves on 32 shots. He has won four of his last five starts. He also has a win and a loss against the Flyers this season, allowing five goals on 55 shots over two starts. 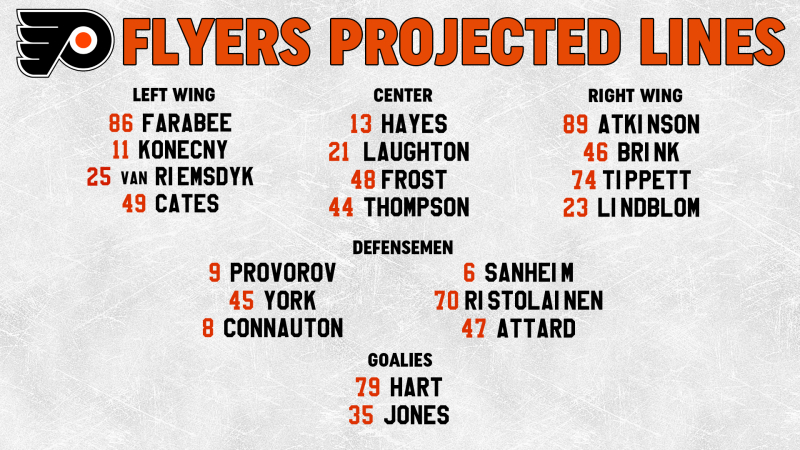 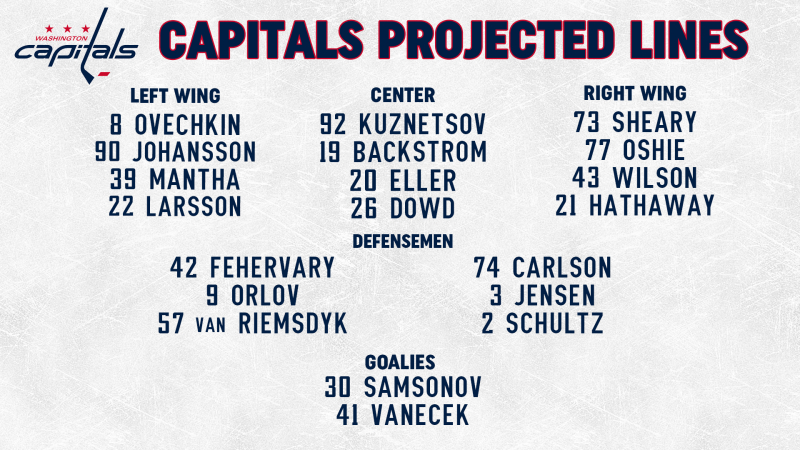