Two weeks ago, the Flyers were less than three minutes away from seeing their losing streak, when the Washington Capitals got the game tied. They eventually won in overtime, prolonging the Flyers streak to eight games.

That losing streak is long since over for the Flyers, who have won two of four games on their current homestand. The Capitals come to town for the final game of the five-game homestand. 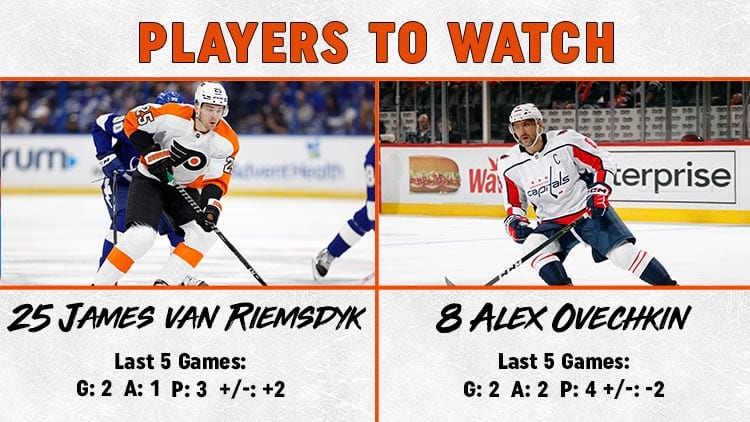 James van Riemsdyk returns to the lineup for the first time since Oct. 23. In the first five games of the season prior to the injury, van Riemsdyk had two goals and three assists. 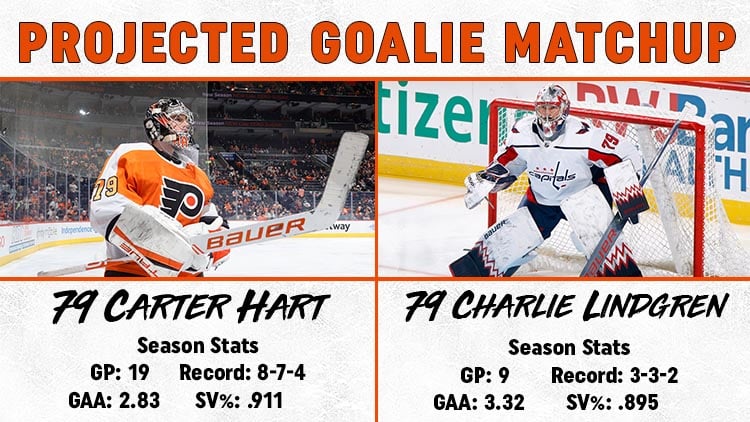 Carter Hart gets back in goal for the Flyers. Hart was excellent in Monday's game against Colorado, making 29 saves on 32 shots.

Charlie Lindgren gets the start for Washington. Lindgren won his last start on Monday night, making 28 saves on 30 shots against the Oilers. The win snapped a personal three-game losing streak. 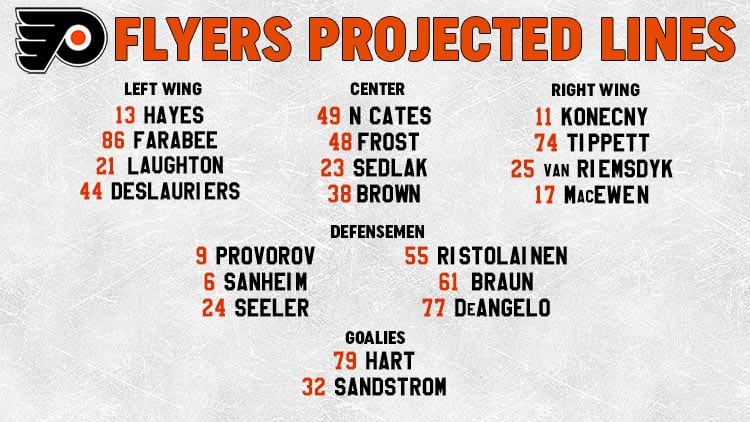 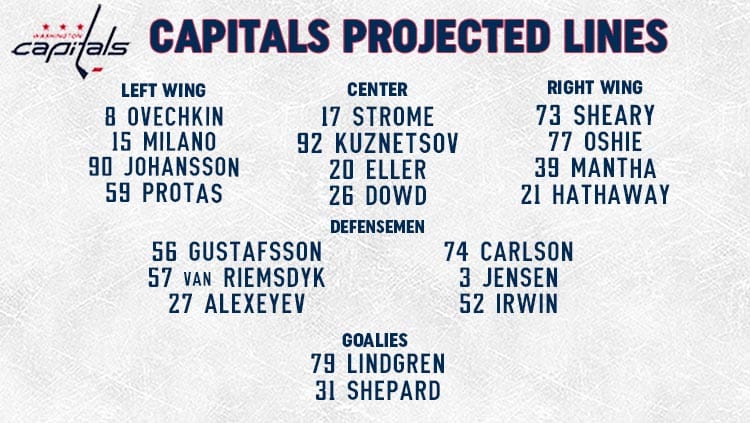