For many games on this current streak, the Flyers have been in close games and either found a way to surrender a lead late or come up just short. It happened twice in short order to start the week, bringing their current winless streak to six games.

Just last Thursday, the Flyers had a 3-2 lead with under four minutes to play against the Washington Capitals, only to have it slip away in the final minutes of a 5-3 loss. The two teams meet again on Saturday afternoon. 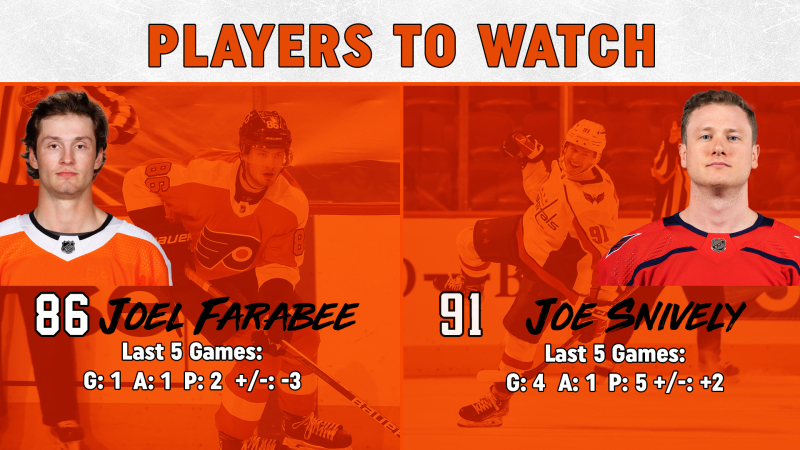 Joel Farabee makes his return to the lineup for the first time since Jan. 20. Farabee has 11 goals in 33 games this season, including three in his previous 10 games prior to injury.

Joe Snively has just 10 NHL games under his belt, but since scoring his first NHL goal on Feb. 10, he continues to find his game at this level. Snively has four goals and five points in his last five games, including scoring a goal against the Flyers last Thursday. 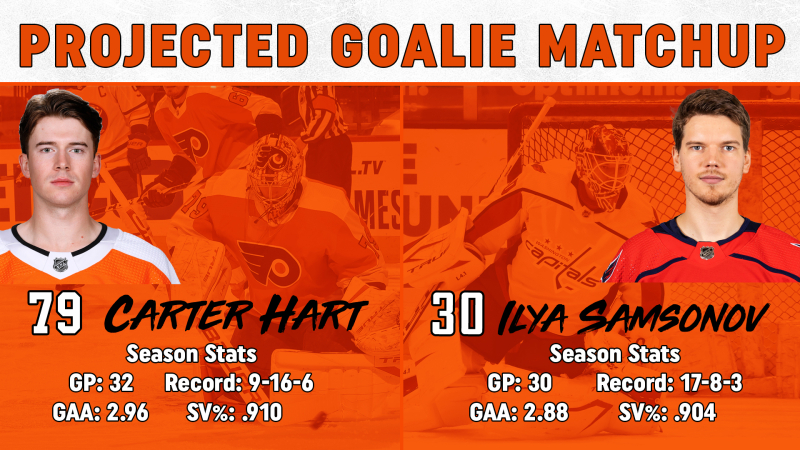 Carter Hart gets back in goal for the Flyers after missing a pair of games with an eye infection. Hart last played on Feb. 15 in the 5-4 overtime loss to the Penguins, making 29 saves on 34 shots. Hart was scheduled to face Carolina earlier this week before being pulled due to the eye infection.

Ilya Samsonov will get the start in goal for Washington. Samsonov allowed four goals on 21 shots in the loss to the Rangers on Thursday. Against the Flyers last Thursday, he allowed three goals on 33 shots in what ultimately became a win, despite giving up a go-ahead goal with 3:51 remaining in the third period. Prior to the loss on Thursday, Samsonov had won three of his last four starts. 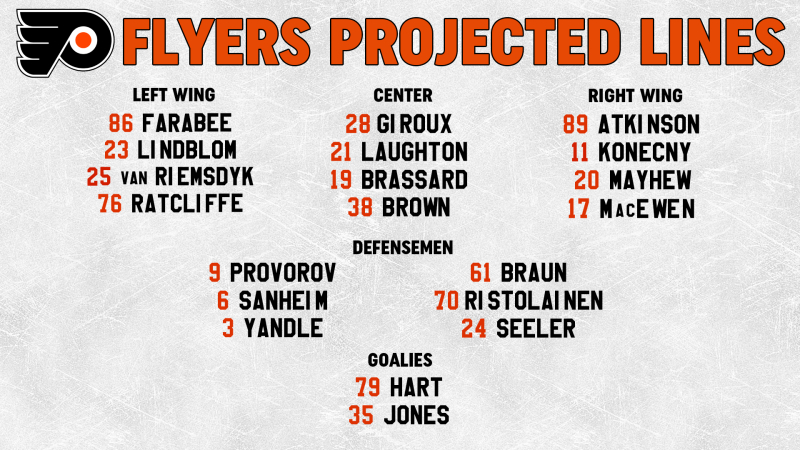 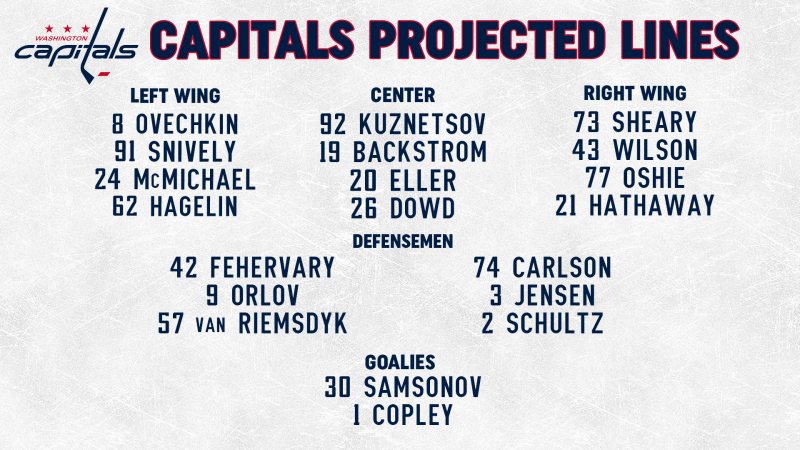