A late goal gave the Flyers a chance at two points in Pittsburgh, but a matter of centimeters proved costly in an overtime loss to the Penguins in their first Metro matchup of the season. Now the Flyers get another chance at a Metropolitan Division opponent.

The Flyers close out a quick two-game road trip against the Washington Capitals on Saturday night, looking to once again rebound and get back in the win column. 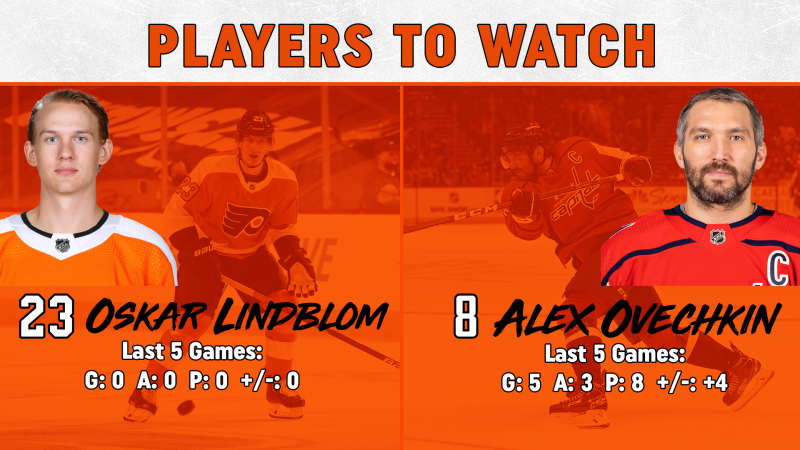 Oskar Lindblom has just one assist on the season, but in the last couple of games has been closer and closer to breaking through for his first goal of the season. As his line continues to produce scoring chances, he seems due for one to find the net soon.
Alex Ovechkin is once again off to a hot scoring start. He already has 10 goals on the season and 18 points in just 10 games. Ovechkin is also continuing to climb the goal-scoring charts. He already passed Marcel Dionne for fifth in NHL history, and is just two goals away from moving into fourth place and passing Brett Hull. He is also two assists away from reaching 600 for his career. 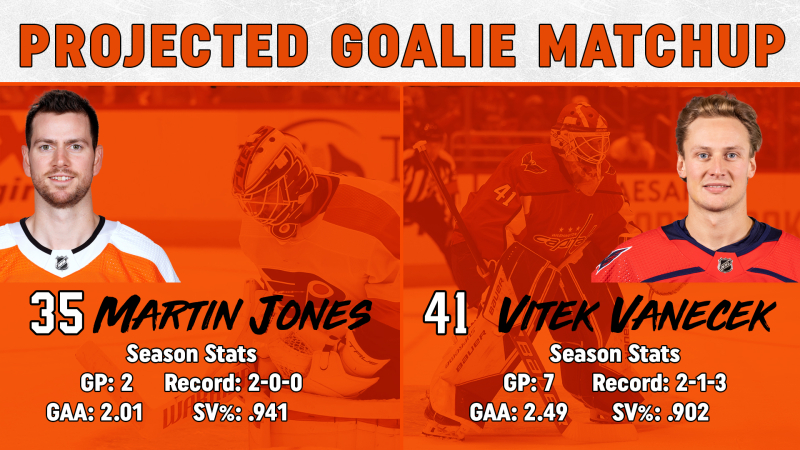 Martin Jones makes his first start since last Thursday in Vancouver. Jones was outstanding in the 27-save performance, holding the Flyers' one-goal lead for the duration of the game. This will be Jones' third start of the season.

Vitek Vanecek gets the start for the Capitals. Vanecek unexpectedly got the start in the Capitals last game against Florida on Thursday, playing 36:22 in the game total and allowing two goals on 15 shots and taking the overtime loss. He has also suffered losses in his prior two games, allowing three goals to both Tampa Bay and Detroit. Prior to that, he allowed three goals on 13 shots in the first period against Calgary before being pulled. 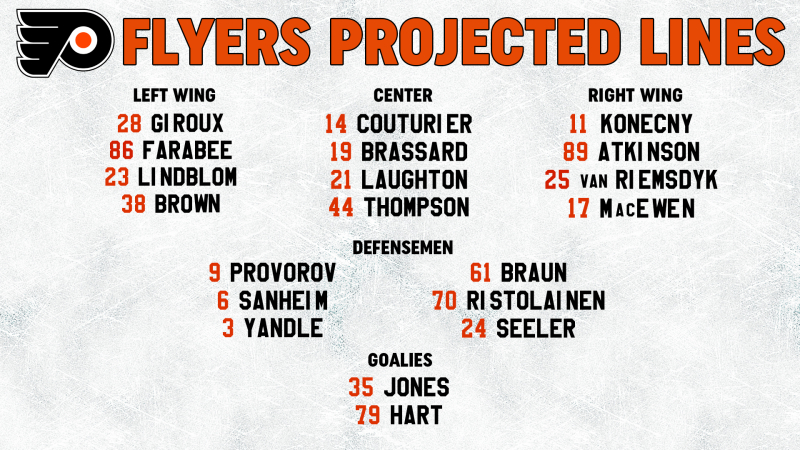 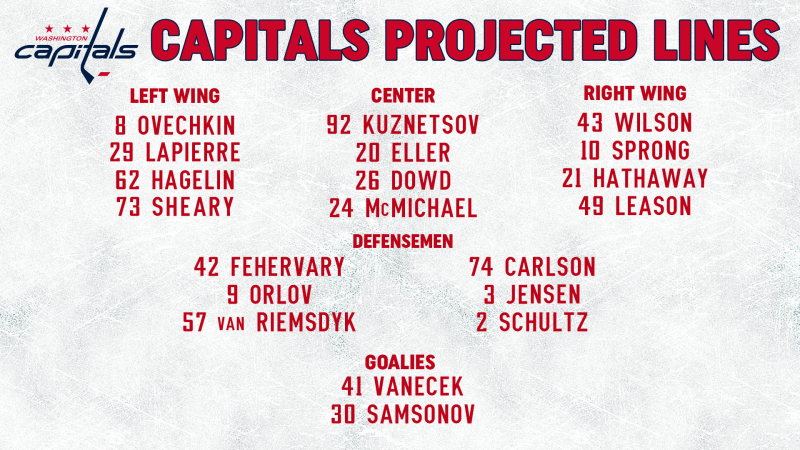