The Flyers had a win in their sights before letting another game get away. It's just a continuation of the frustrating season that still has 34 more games remaining.

The next eight games come on home ice for the Flyers, starting on Thursday night as they take on the Washington Capitals. 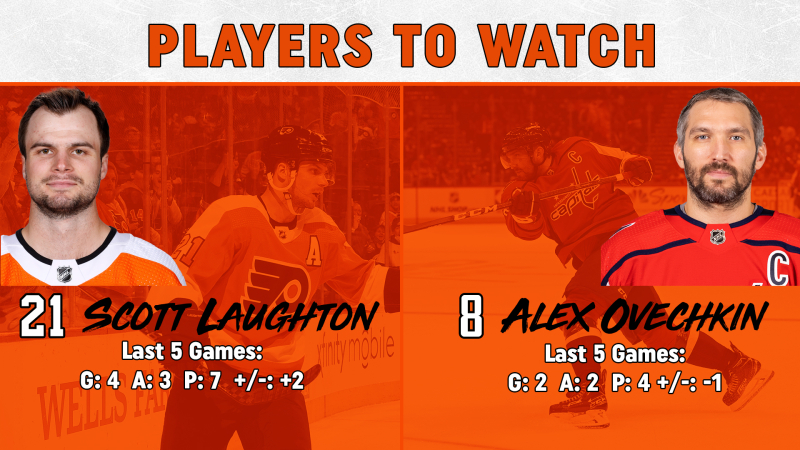 Scott Laughton continued his hot streak on Tuesday with a goal and an assist, extending his points streak to six games. He has four goals in that time, suddenly putting him just one back of a tie for third on the team.

From one Flyers killer last game to another in this one. Alex Ovechkin will be in town looking to continue his outstanding season and overall success against the Flyers. In their only meeting of the season, the Flyers held Ovechkin off the board, but he did just snap a six-game goalless drought with a pair of goals in his last game. Martin Jones gets the start for the Flyers. Jones makes his first appearance since Jan. 25, when he made 29 saves on 33 shots in a loss to the Islanders. Jones has not won a game since Dec. 29 against Seattle.

Ilya Samsonov gets the start for Washington. Samsonov made 33 saves on 34 shots in a win against Nashville on Tuesday. He has also won three of his four starts in February. 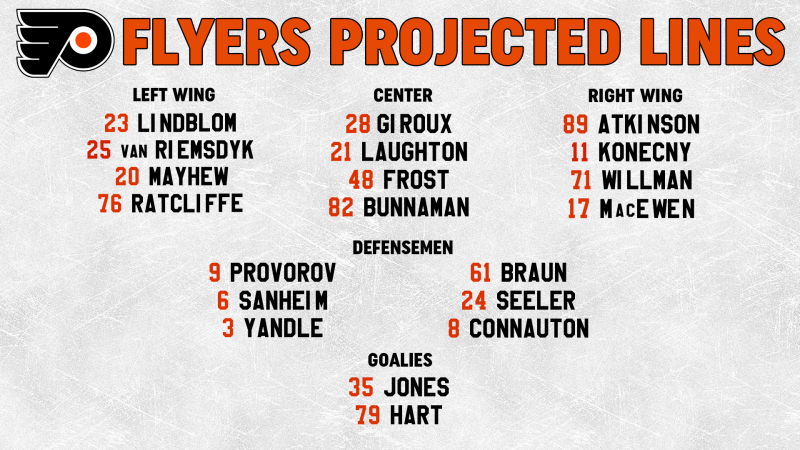