One element of the Flyers recent 10-game losing streak was a mix of common opponents. During the streak, the Flyers faced the Tampa Bay Lightning three times, completing the season series in that time. The Flyers also faced the New Jersey Devils twice.

The Devils are back on the schedule for the Flyers on Tuesday night, closing out the three-game season series, this time trying to pick up a third-straight win. 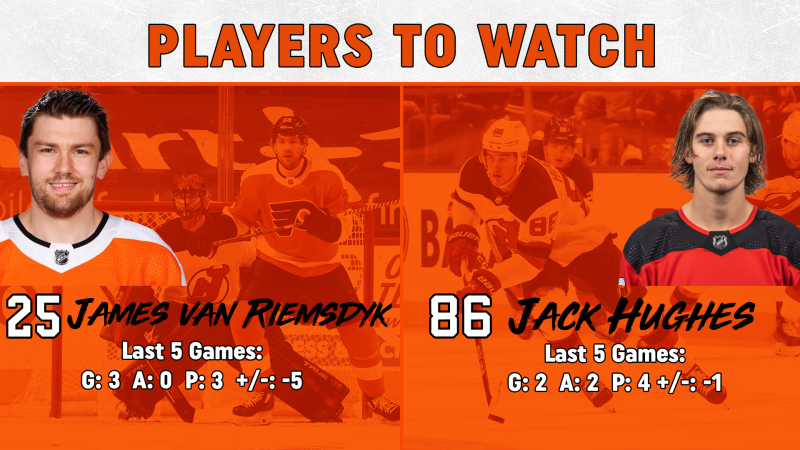 After an 11-game goalless drought, James van Riemsdyk has more than doubled his season total in the last two games, scoring three goals. This includes a two-goal game against Arizona on Saturday night. JVR is certainly a streaker scorer, and this appears to be one of his hot stretches where the goals can come in bunches.

Jack Hughes has only played in nine games this season, but has seven points total. Four of those points have come in the last five games, including an assist in the Devils win over the Flyers on Dec. 8. 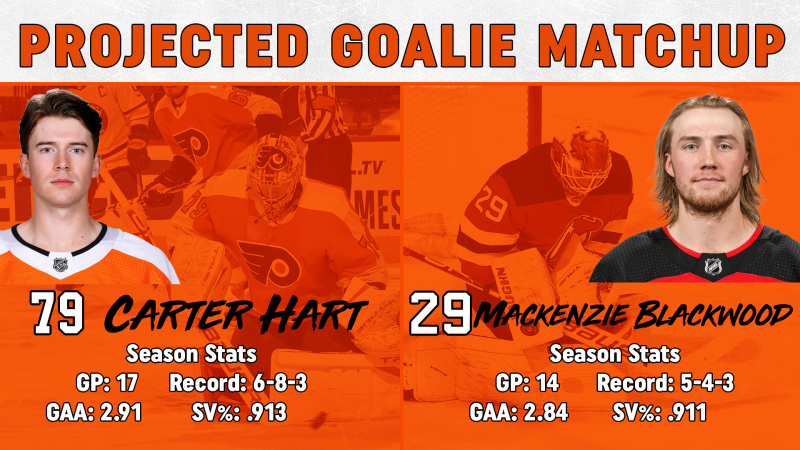 Carter Hart gets back in goal for the Flyers on Tuesday. Hart snapped a personal six-game losing streak in his last start and was certainly the key reason the Flyers 10-game losing streak came to an end. Hart made 41 saves on 44 shots in the 4-3 win over Vegas. Hart also faced the Devils last Wednesday, making 24 saves on 26 shots in the 3-0 loss.

Mackenzie Blackwood gets the start again for the Devils. Blackwood took the loss in his last start on Friday night against Nashville, allowing three goals on 27 shots. Blackwood has faced and defeated the Flyers twice this season, his last game being a 25-save shutout. 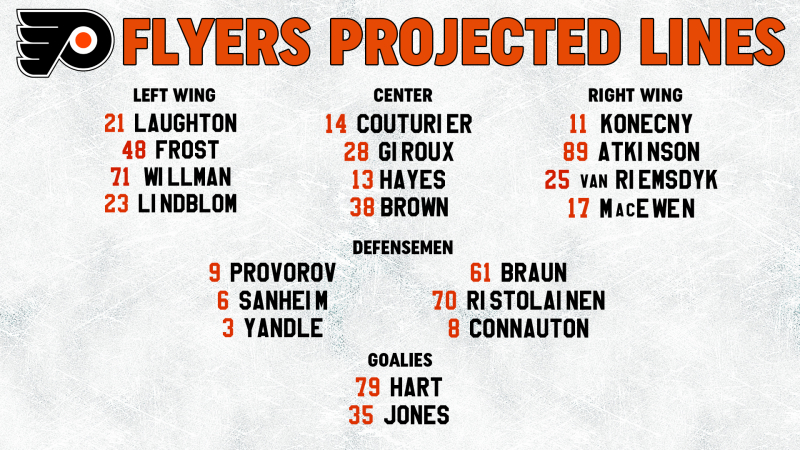 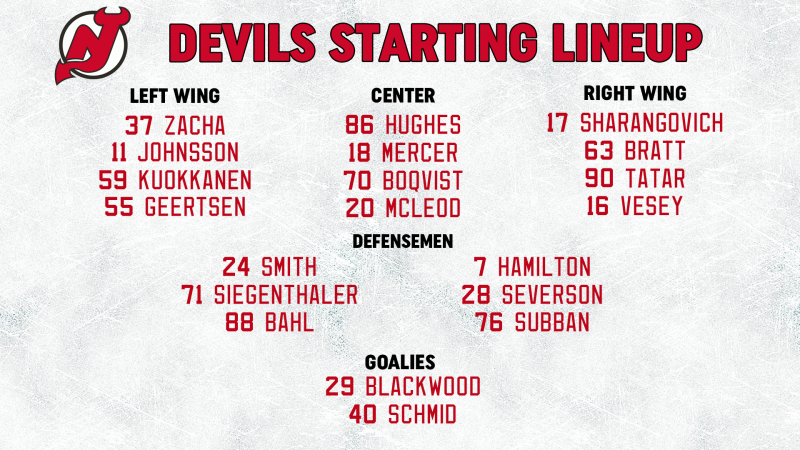