Seven weeks and two days ago, the Flyers opened the 2022-23 season. What transpired early was a lot of positive results on the back of their goaltending while the process in front of him was more of a bend-but-don't-break approach. Following a 7-3-2 start through 12 games, the next 12 have gone a lot more as anticipated – 10 losses in a row and 11 in the last 12 games.

For the New Jersey Devils, it's been quite the opposite. Back on Oct. 13, they were the opponent at Wells Fargo Center to face the Flyers in the season opener. The Flyers won that game rather handily, 5-2. The Devils also lost two nights later in their home opener against Detroit by the same score. Since then, they have lost just two games in regulation and one in overtime while picking up 19 wins, tied for the most in the NHL, and built a comfortable lead in the Metropolitan Division.

The two teams meet again on Saturday night, well past the quarter mark of the regular season, and both heading in opposite directions. 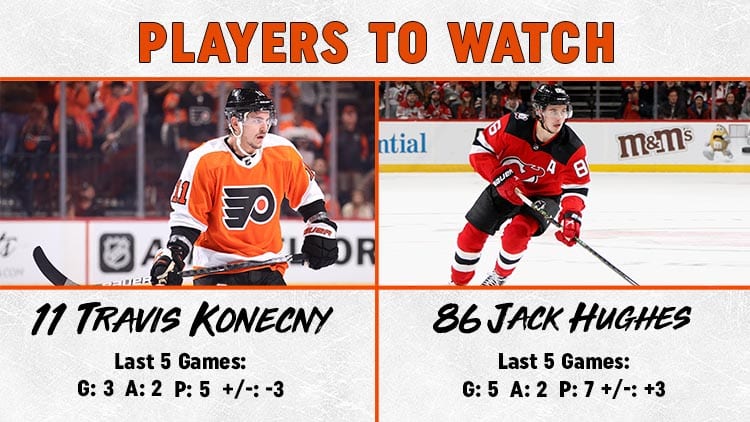 Travis Konecny returned to the lineup on Thursday and scored the lone goal of the game for the Flyers. Going back to before his injury, he has scored three goals in his last five games.

Jack Hughes enters the game on a four-game points streak, including two assists in his last game against Nashville on Thursday and a hat trick against Washington on Nov. 26. 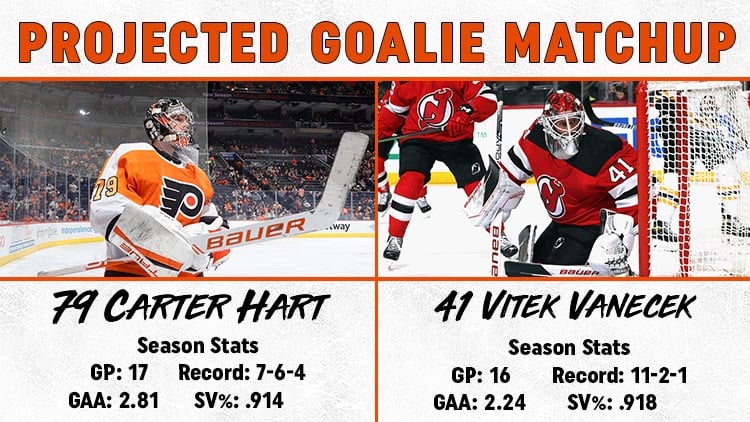 Carter Hart gets back in goal for Saturday's game. Hart made 23 saves on 27 shots in the loss to Tampa Bay on Thursday night. In the season opener against the Devils, Hart made 35 saves on 37 shots.

Vitek Vanecek is expected to get the start for the Devils. Vanecek took the overtime loss against Nashville on Thursday, making 20 saves on 24 shots. Prior to that, he had allowed three goals or fewer in every start since his season debut against Detroit on Oct. 15, a span of 14 games. During that stretch, he allowed two goals or fewer in 11 games. 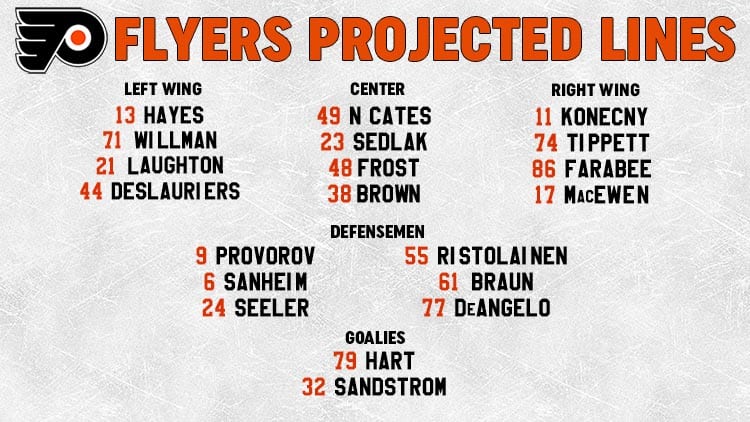 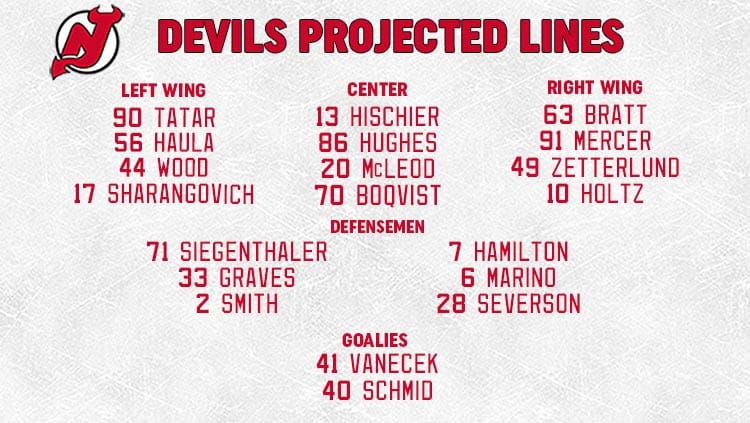