The Flyers will induct two new members into its Hall of Fame prior to Tuesday's game at Wells Fargo Center against the Calgary Flames. This opens up a three-game homestand for the Flyers, and marks the first game the Flyers will be without Ryan Ellis again for the long-term.

Ellis returned to play on Saturday in a 5-2 loss to Dallas, but missed Monday's practice and was deemed week-to-week after suffering a re-injury by Alain Vigneault. With a top-pairing defenseman out again and a difficult stretch of games to close out the month of November, it's certainly going to once again test the Flyers depth and ability to keep up in the standings.

The Hall of Fame ceremony will begin at 6:30 p.m. with the game following after at approximately 7 p.m. 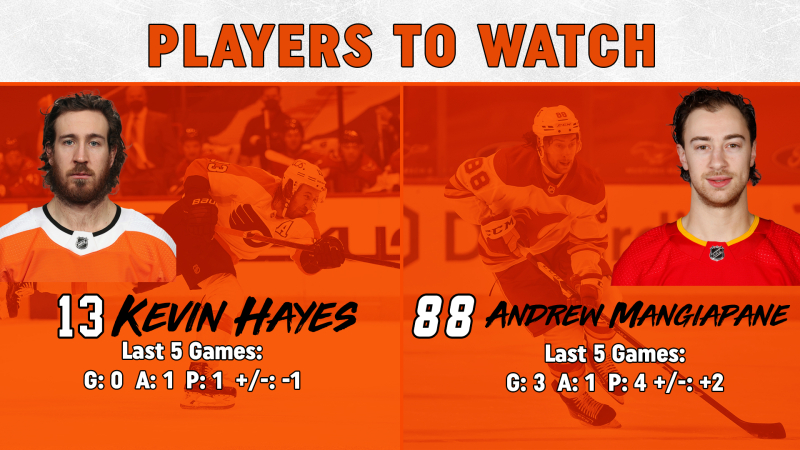 Kevin Hayes made his return to the lineup on Saturday, but it's sure to be emotional as he takes the ice for his first home game of the season. Hayes did pick up an assist in his season debut, but his first goal is sure to be something special. Could it come in his return to the Wells Fargo Center?
Andrew Mangiapane has cooled slightly in the scoring column, but continues to lead the way in goals for the Flames. After scoring a career-high 18 goals in the 56-game season a year ago, Mangiapane is well on his way to topping that mark and reaching the 20-goal plateau for the first time in his career. 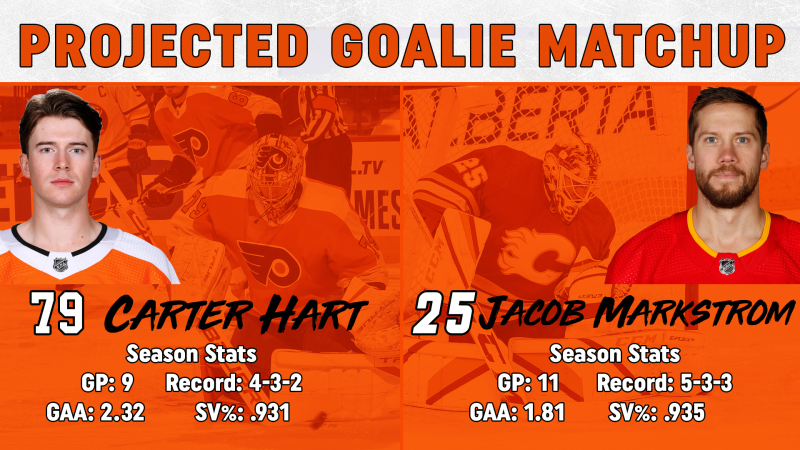 Carter Hart gets the start on Tuesday and is looking to follow up his incredible outing in Carolina. Hart made 39 saves in the win over the Hurricanes, helping the Flyers steal a result and two points against a divisional foe. Hart made 32 saves in the loss to Calgary on Oct. 30, but despite allowing three goals in the 4-0 defeat, was the reason the Flyers had a chance in the game.

Jacob Markstrom will be in goal for the Flames. Markstrom faced just 20 shots in the shutout win over the Flyers on Oct. 20, his fourth straight win at the time and third shutout. Since then, he has added one more shutout win, but hit a rough patch with a 1-2-2 record in that time. He has lost his last two starts to Montreal and San Jose entering Tuesday's game. 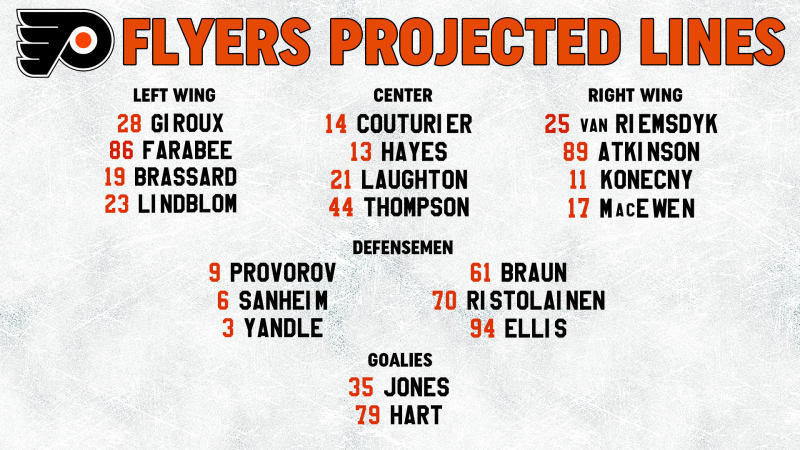 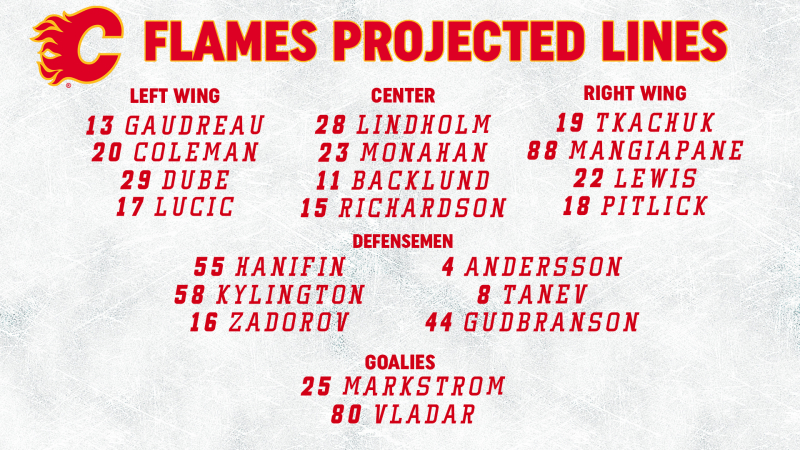