In the final game of January, the Flyers finally snapped a 13-game losing streak and got their first and only win of the month. As the calendar turns to February, the Flyers have one game on Tuesday night before a bit of a break.

The Winnipeg Jets are in town for the final game before a week-long break that includes All-Star weekend, as the Flyers face a limited schedule throughout the month. 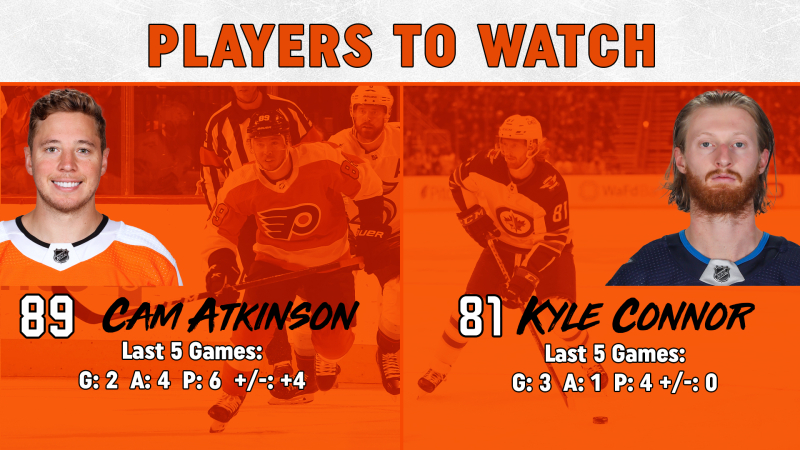 Cam Atkinson scored twice in Saturday's win for the Flyers, including a shorthanded goal, to increase his season total to 17 goals, leading the team. Atkinson also had an assist to complete a three-point game and moved into a tie for the team lead in points with 45.

Kyle Connor continues to emerge as a superstar for Winnipeg. Connor has 24 goals on the season, good for seventh in the NHL, and has scored in three of his last four games. 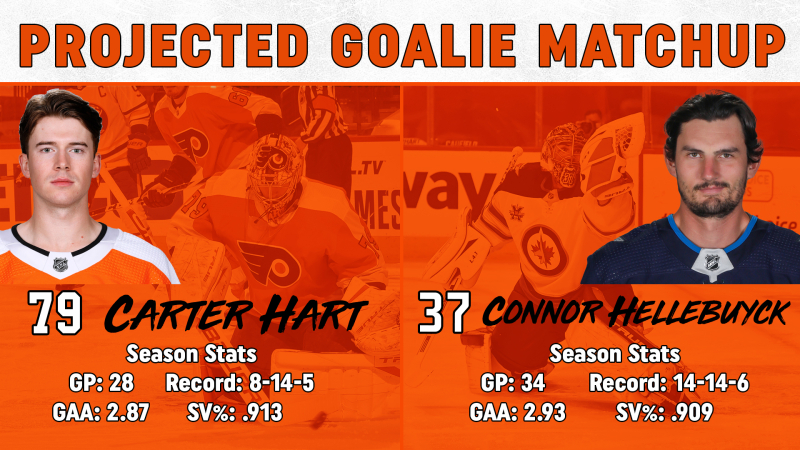 Carter Hart gets the start for the Flyers. Hart finally snapped a lengthy personal losing streak with the win on Saturday, making 37 saves against the Kings. He looks to string together wins going into the break.

Connor Hellebuyck gets the start for the Jets. Hellebuyck is in the midst of his own personal losing streak at six games, his last win coming on Jan. 13 against Detroit. Hellebuyck has allowed five goals in each of his last two starts. 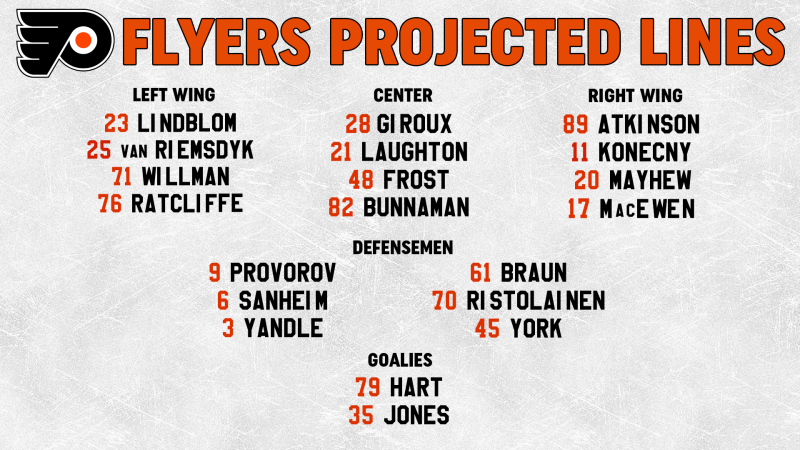 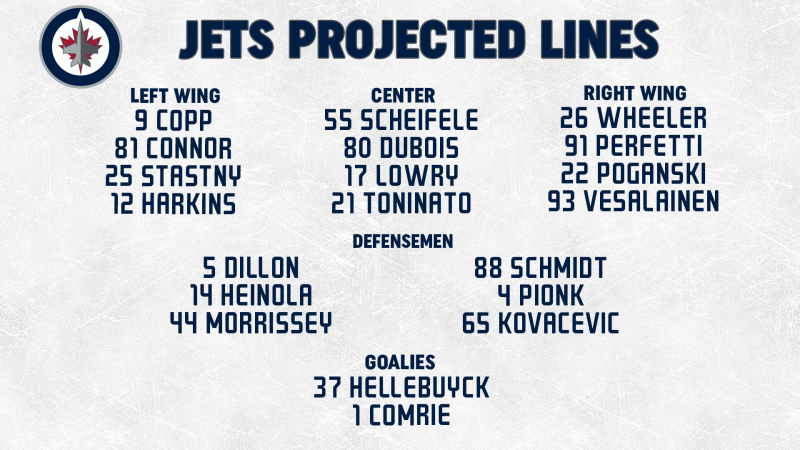