In March 2020, on the day the NHL and the rest of the sports world paused at the dawn of the COVID-19 pandemic, the Flyers were in Tampa Bay to face the Lightning in their latest test on an extended hot streak and run to a possible Metro Division title. That game never happened, but the two teams did get to meet in the Round Robin finale in the playoffs a few months later, with the Flyers claiming the win and the top seed for the 2020 Stanley Cup Playoffs.

That was the last time these two teams faced off. Since then, the Lightning not only claimed the 2020 Stanley Cup, but followed it up with another title in 2021. The two-time defending Stanley Cup champions are in town and the circumstances remain the same. The Flyers are in for another early season test. 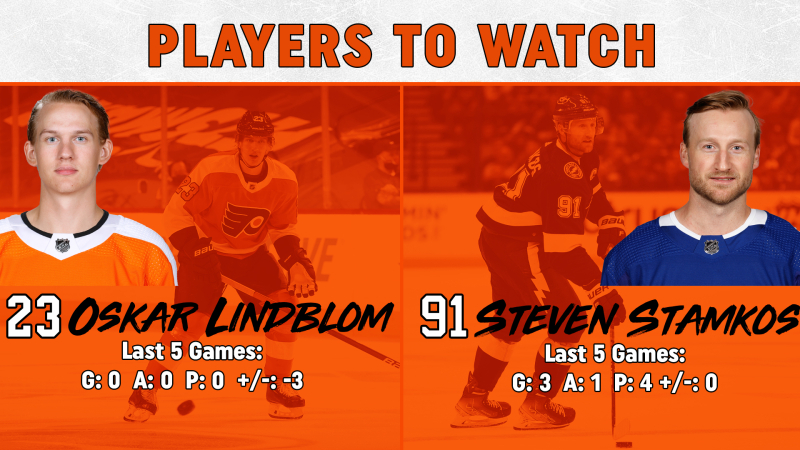 Oskar Lindblom will come back into the lineup on Thursday, and on Hockey Fights Cancer night, could this be the night he finally breaks through for a goal? It's been a rough stretch for Lindblom of late, eventually leading to his absence from the lineup last game, but we'll see if the reset worked.
Lightning captain Steven Stamkos continues to drive the Tampa offense. While he has just four points in the last five games, Stamkos has always been a threat, especially on special teams. Keep an eye on him on Thursday night. 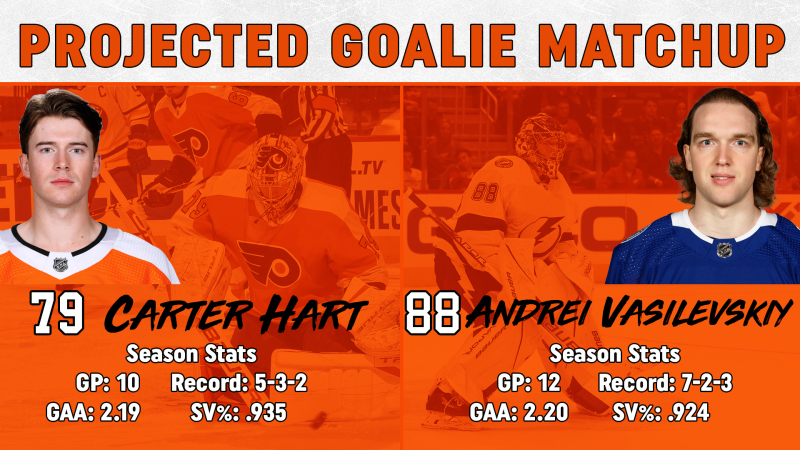 Carter Hart is back in net for Thursday's game. Hart was outstanding again, making 33 saves in Tuesday's win against the Flames. His record has now improved to 5-3-2 after back-to-back wins in his last two starts, and he's made 72 saves on 74 shots in that time.

It's no surprise that the Lightning will turn to Andrei Vasilevskiy in goal. Like Hart, he's taken his share of losses in the record, but the numbers match his typical performance. Vasilevskiy has also won his last two starts, allowing just three goals on 54 shots. 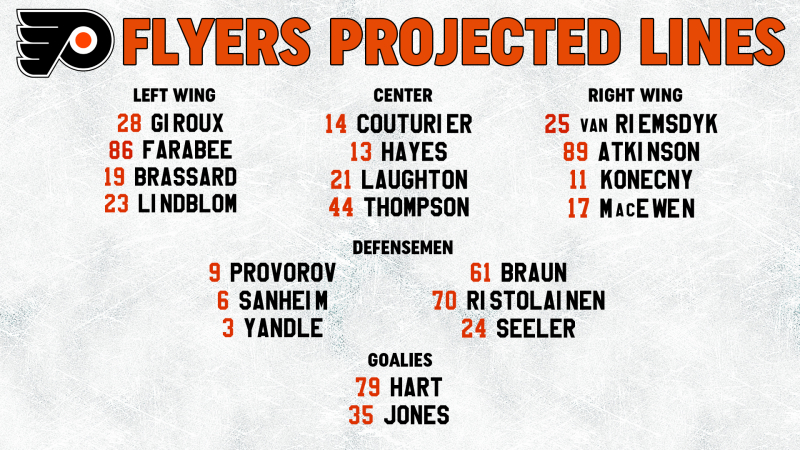 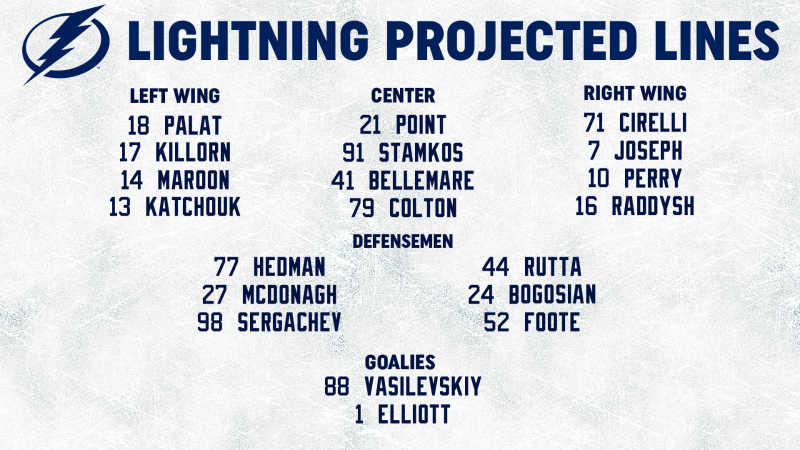