Saturday's game marked the first time the Flyers lost back-to-back games. The results of their games have perhaps started to catch up with their deficiencies on the ice. The Flyers played one total game with a fully healthy lineup. They are missing pieces at two key positions, with news that Kevin Hayes will also be out week-to-week, and lacking the depth to fill them internally. And at a time when there is not much of a helping hand to go around and make a move, it's time to dig deep.

The Flyers have been holding a playoff spot for the first few weeks of the season and do have some quality wins to their credit – defeats of the Oilers, Capitals, Hurricanes, and Flames all come to mind. Much of that has been on the back of hot goaltending. But the process has clear flaws, and for now, it seems more important for the team to just keep their heads above water for now to even have a shot at the playoffs down the road. That's easier said than done with the schedule that they continue to face.

A brutal week begins against the Tampa Bay Lightning. The Flyers suffered a 4-3 shootout loss to the Lightning last Thursday, and will have to dig deep again to try to earn two points and avoid an extensive losing streak for the first time this season. 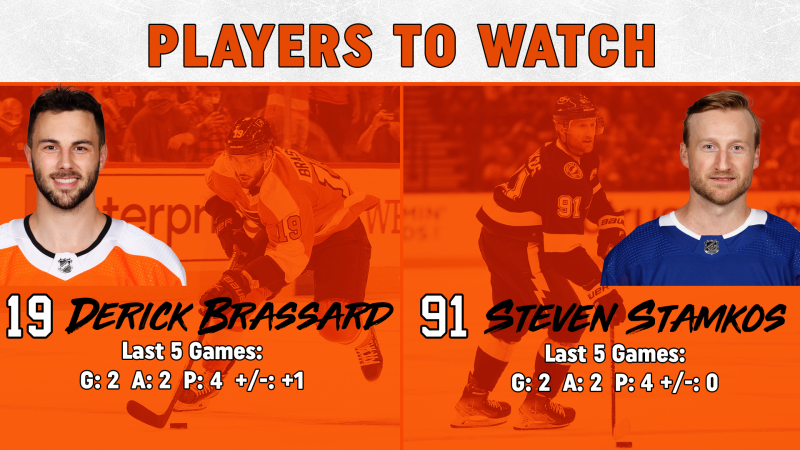 Derick Brassard is coming off a two-goal game against Boston that increased his season total to four and his total for the month of November to three. Given the Flyers scoring woes, that ranks him right there at the top of production of late. The Flyers will continue to rely on Brassard to play in a more significant role with Kevin Hayes out of the lineup for a while again.

With both Brayden Point and Nikita Kucherov out of the lineup, a lot of the spotlight shines on Steven Stamkos. The Flyers held Stamkos off the board until the final two minutes of the third period last Thursday, when his sharp-angle shot managed to leak through and go across the goal line. He'll be one to watch again on Tuesday night. 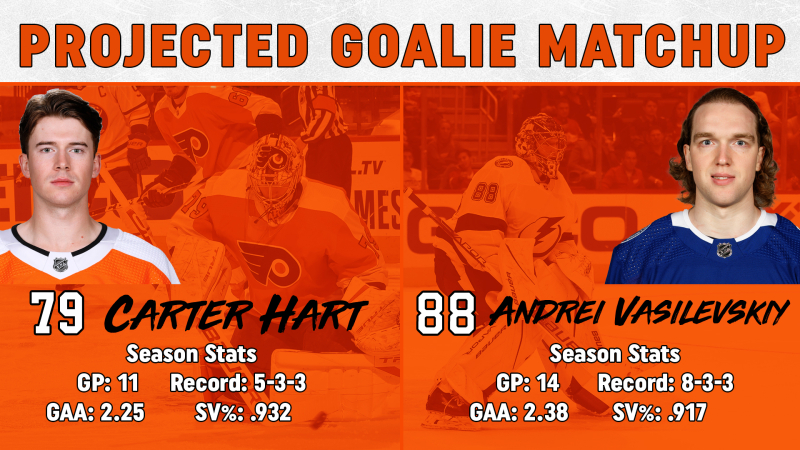 Carter Hart makes his return to the net to face the Lightning again. Hart was excellent once again until the late goal from Stamkos managed to leak through. The Flyers bailed him out by getting the game to overtime, and Hart finished with 29 saves on 32 shots, but took the loss after allowing two goals in the two rounds of the shootout.

Andrei Vasilevskiy is back in goal for the Lightning. This will be Vasilevskiy's 15th start of the season, though that's of little surprise. After claiming the shootout win against the Flyers last Thursday, Vasilevskiy did take the loss against the Devils two days later, allowing four goals on 26 shots. 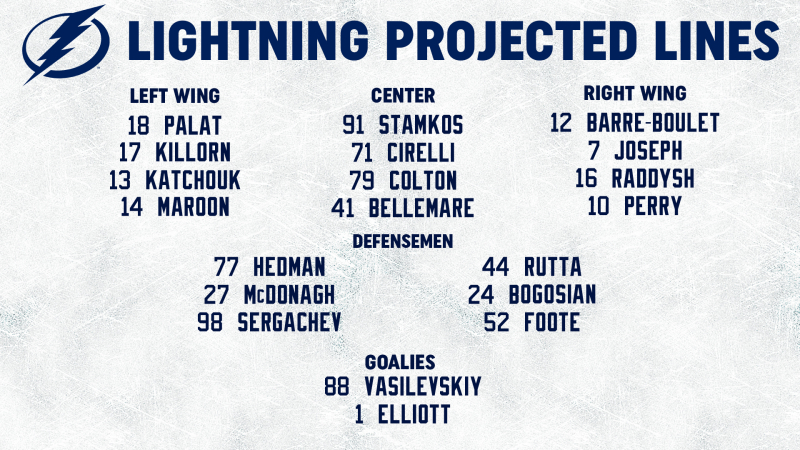