Just six games remain on the Flyers schedule and the push for a lottery pick is alive and well. As of Tuesday, the Flyers have the fourth-lowest points total in the NHL, but that could be changing soon enough with Seattle hot on their heels.

Facing the Toronto Maple Leafs, a team already playoff bound and in position to potentially host a first-round series, should help in that endeavor. The Flyers enter Tuesday's game having lost five straight games. 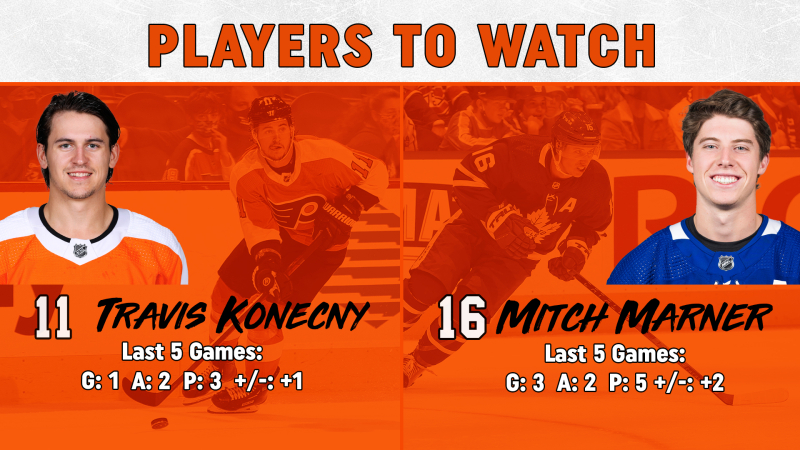 Travis Konecny has produced a few points in recent games. With Cam Atkinson out of the lineup, he is approaching the team lead in points down the stretch.

Mitch Marner has points in 16 of his last 17 games, including a two-assist night against the Flyers on April 2. With Auston Matthews out of the lineup, Marner has taken more of the spotlight for now. Martin Jones is expected to start for the Flyers. Jones allowed four goals on 29 shots in his last start on Saturday.

Jack Campbell gets the start for Toronto. Campbell was solid in his last start on Sunday, making 27 saves on 29 shots in a win over the Islanders. Campbell has won three straight starts. 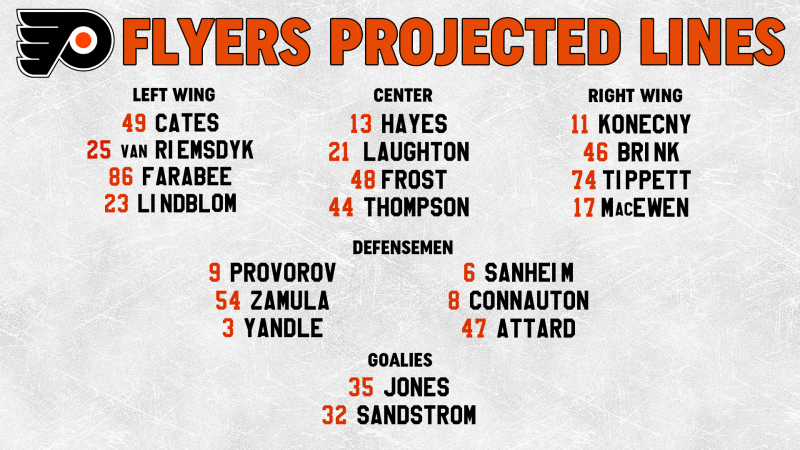 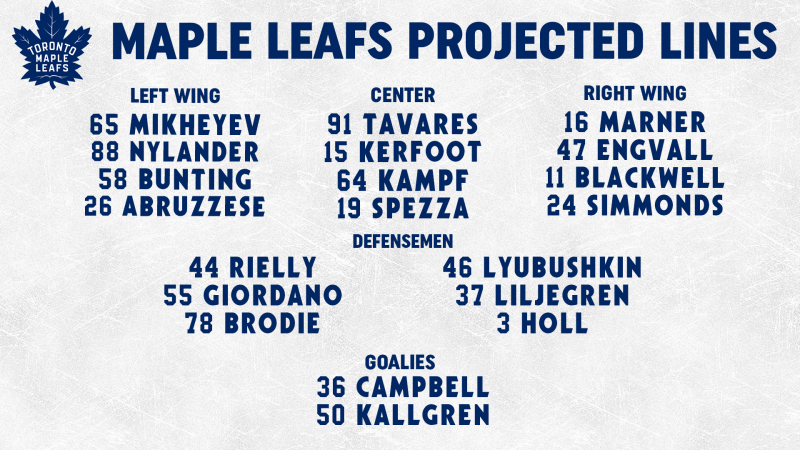