A memorable night is in store at Wells Fargo Center. In a season that hasn't featured many bright spots and faces even more uncertainty in the coming days, the Flyers will take the ice on Thursday for a historical moment to honor one of their own.

Flyers captain Claude Giroux will suit up in his 1,000th NHL game, all with the Flyers, as they take on the Nashville Predators on Thursday night. With the trade deadline looming, now just four days away, it could very well be the final time Giroux wears the Flyers uniform.

There will be a pre-game ceremony to honor Giroux's achievement at 7 p.m. following by puck drop at approximately 7:16 p.m. 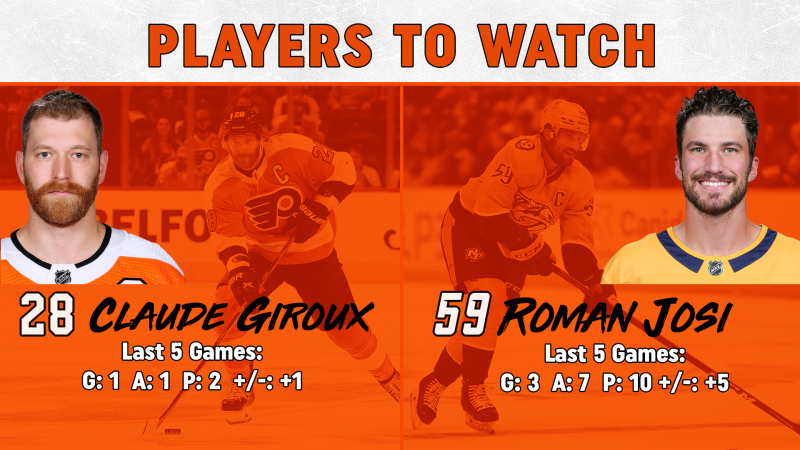 Claude Giroux reaches a milestone with his 1,000th NHL game. It could be the last time the Flyers captain takes the ice with the Orange and Black, so it's a night meant to celebrate his long career in Philadelphia. Look for Giroux to potentially rise to the occasion and leave one final lasting memory.

Roman Josi has been outstanding lately. In his last two games alone, Josi has two goals and five assists for seven points. He's currently on a seven-game points streak, scoring three goals and 13 assists in that time. Carter Hart gets the start in goal on Thursday. Hart made 31 saves on 35 shots in an overtime loss to Montreal on Sunday in his last start.

Juuse Saros gets the start for Nashville. Saros was excellent against Pittsburgh on Tuesday, making 35 saves on 36 shots in a win. In his last five starts, Saros has four wins, allowing one goal or fewer in each. 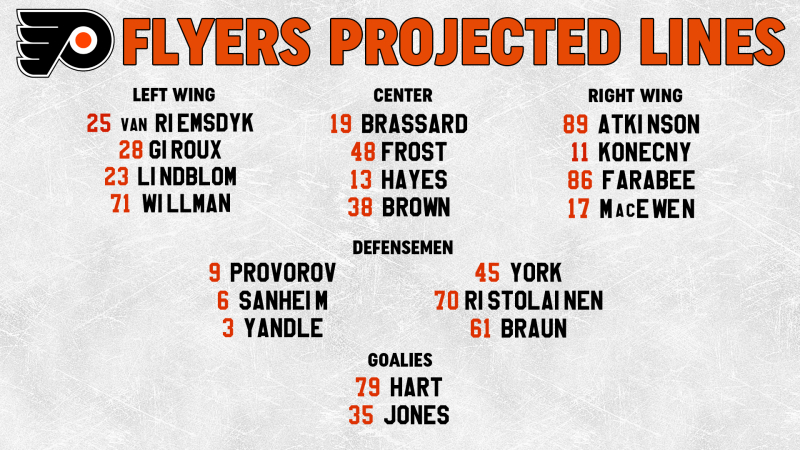 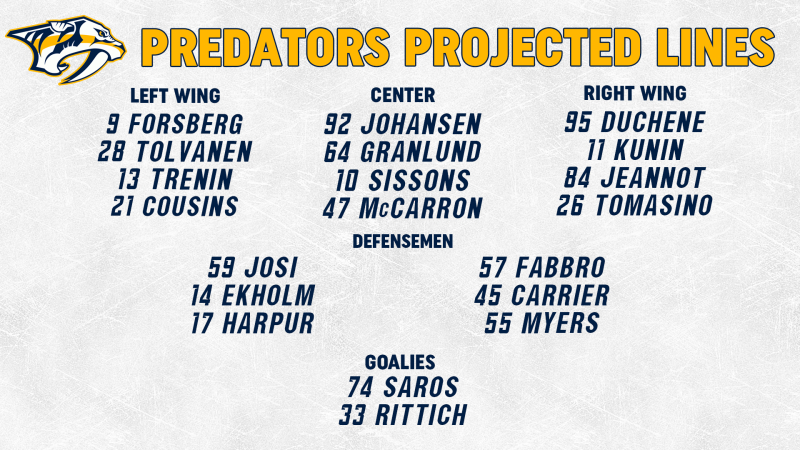