With the NHL trade deadline in the rear-view mirror, 20 games remain on the Flyers season. This final quarter of the schedule will be used to open up opportunities for younger players, especially as the team takes on some playoff teams down the stretch.

The final 20 games begin with the start of a five-game road trip in Detroit as the Flyers take on the Red Wings on Tuesday night. 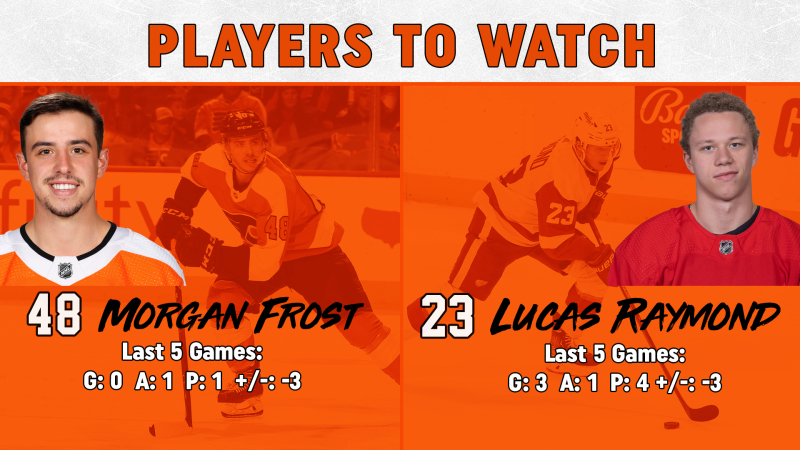 Morgan Frost has not been able to get on the scoresheet much, but did have one of his strongest showings in Sunday's game. If he can continue to consistently play with that level of engagement, the points should follow.

Lucas Raymond has been an impressive rookie for the Red Wings this season. He has three goals and four points in his last five games. He also had three points in a pair of games against the Flyers in February. 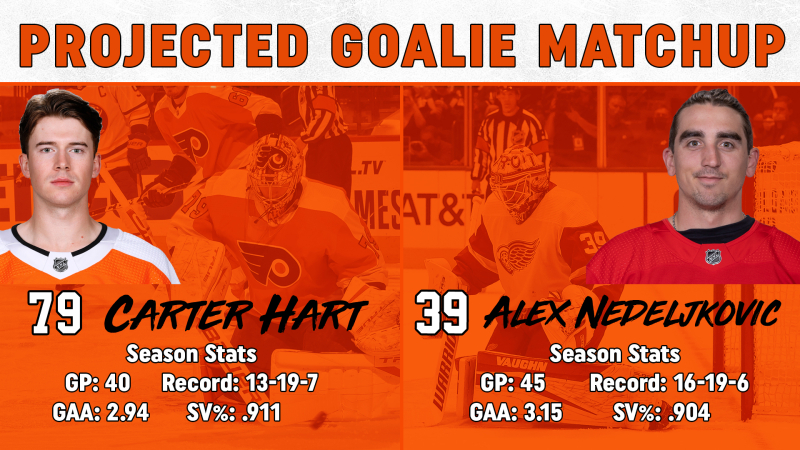 Carter Hart is expected to start for the Flyers. Hart was solid in his last start on Sunday, making 26 saves in the win over the Islanders.

Alex Nedeljkovic is expected to start for the Red Wings. Nedeljkovic allowed three goals on 41 shots in his last start against the Seattle Kraken, taking the loss. 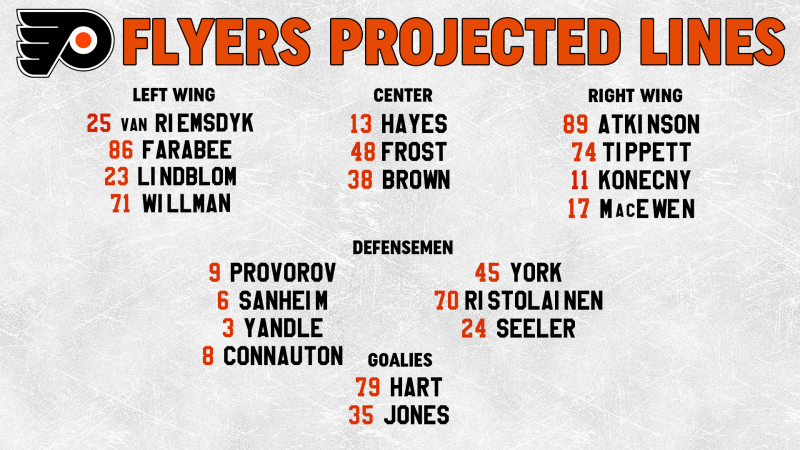 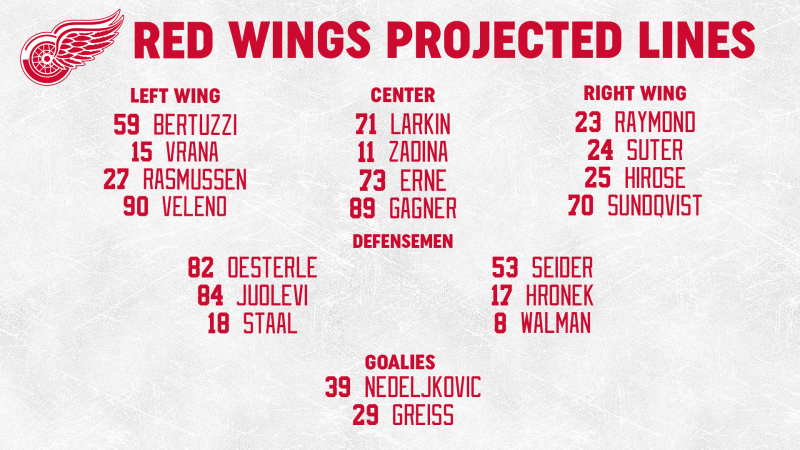