The Flyers jumped out to an early lead on the Sabres on Saturday night only to let it slip away and drop another game. The two teams meet for the final time this season, as they close out the home-and-home in Philadelphia on Sunday afternoon. 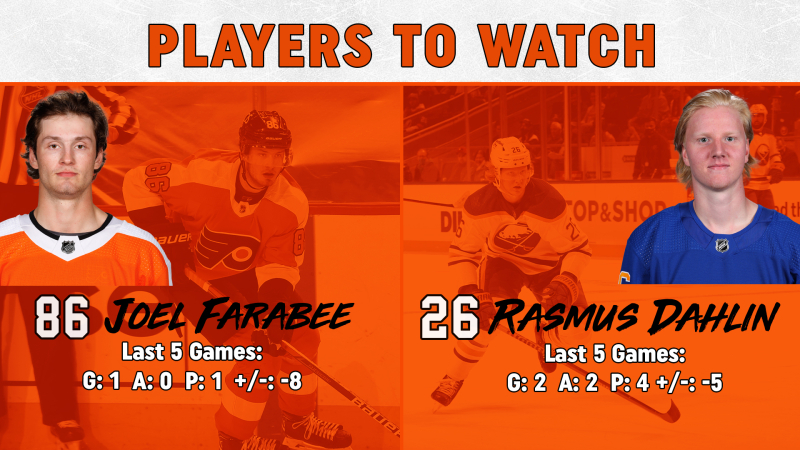 Joel Farabee snapped a four-game pointless drought with a goal on Saturday night. In his last 10 games, Farabee has just three goals and four points.

Rasmus Dahlin scored a goal and added an assist in Saturday's win for his second multi-point game in the last three games. Dahlin has just one assist in the month of April outside of the two multi-point games. 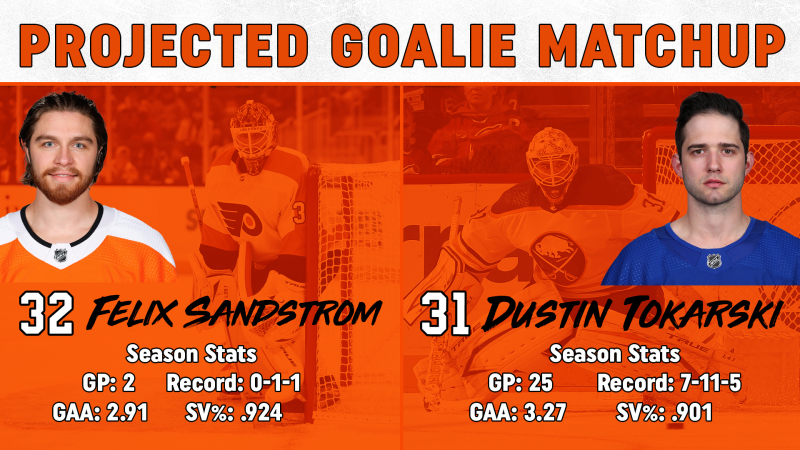 Felix Sandstrom is expected to get the start in goal. Sandstrom faced the Rangers on Wednesday and allowed three goals on 33 shots in the 4-0 loss.

Dustin Tokarski is expected to start for the Sabres. Tokarski last played on April 8 against the Panthers, allowing four goals on 43 shots in a loss. Tokarski's last win came on March 28, where he made 16 saves and allowed five goals to Chicago. 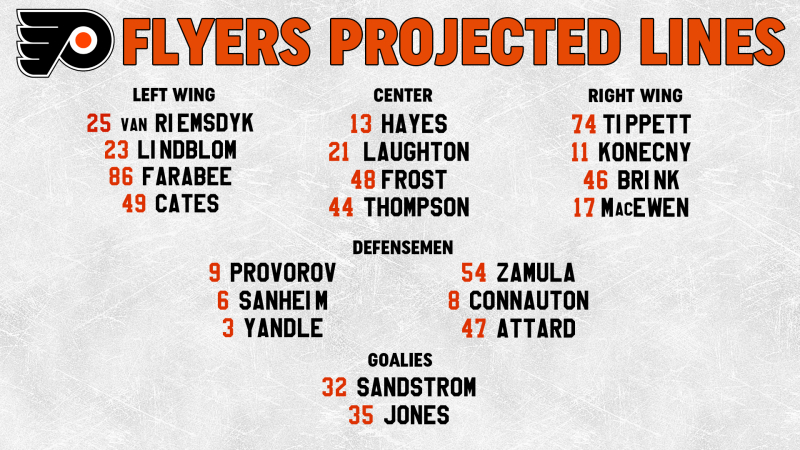 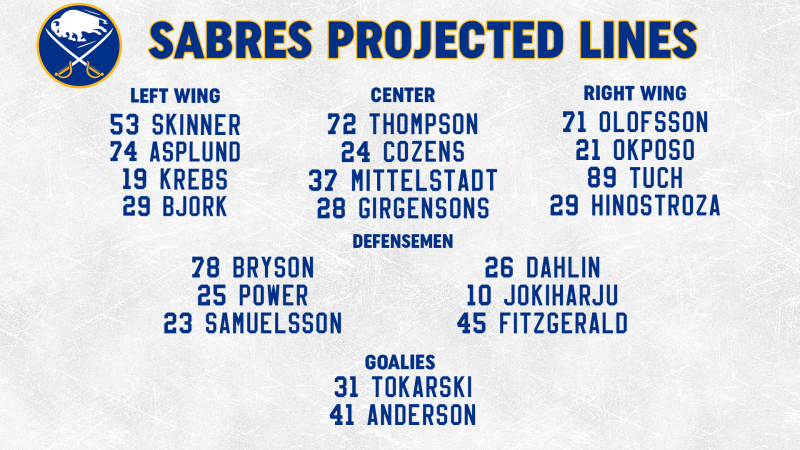