With five games remaining in the season, the Flyers are rapidly closing in on locking up a Top 5 spot in the NHL Draft Lottery. Seattle's win over Colorado on Wednesday night moved them into third in draft lottery odds. One of the two teams behind them in the standings is their opponent on Thursday night.

Like the Flyers, the Montreal Canadiens come into Thursday's game with losses in six straight games. 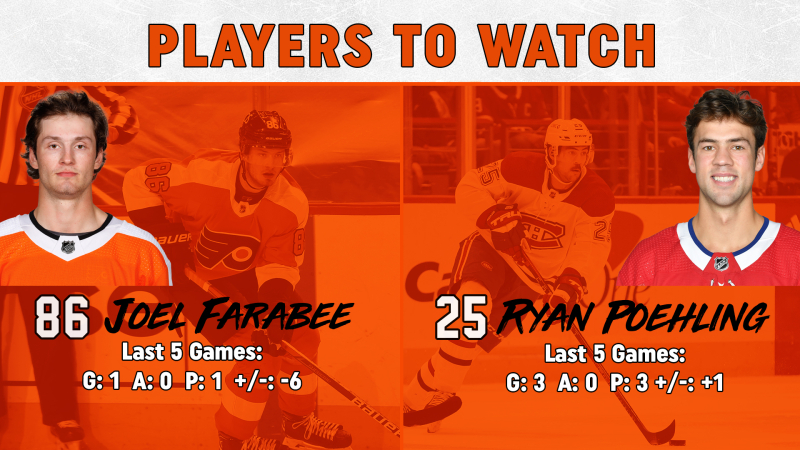 Joel Farabee gets another look at center on Thursday night. Farabee has played a few games at the center position down the stretch, so this is another chance for him to see if he can be productive there.

Ryan Poehling has just eight goals and 16 points on the season, but has three goals in the last five games. 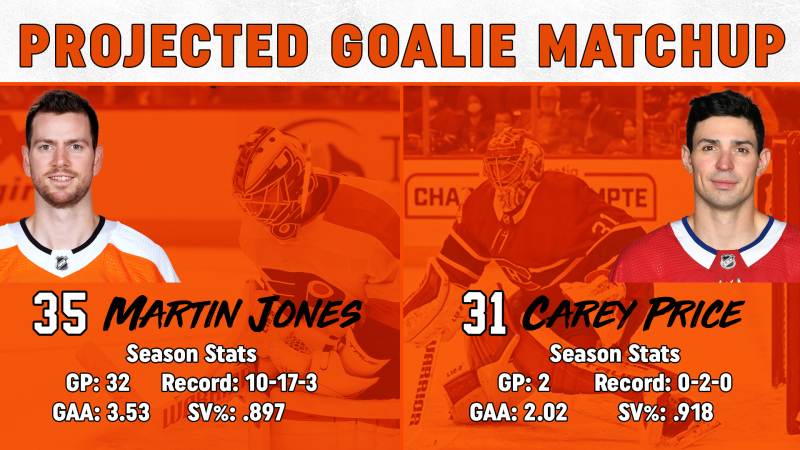 Martin Jones gets the start for the Flyers. Jones made 24 saves on 28 shots in his last start on Tuesday against Toronto. Jones has lost three straight starts dating back to April 7.

Carey Price gets the start for Montreal. This is just Price's third start of the season since returning from injury. Price has allowed two goals in each of the first two starts, but the Canadiens have yet to provide him with a goal offensively. 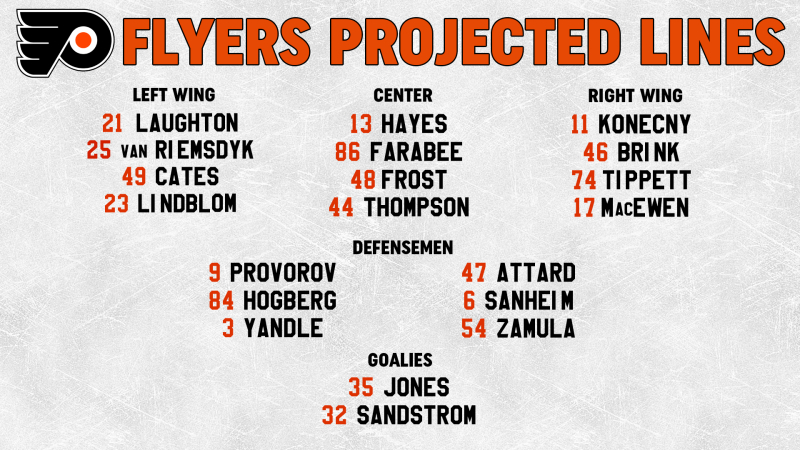 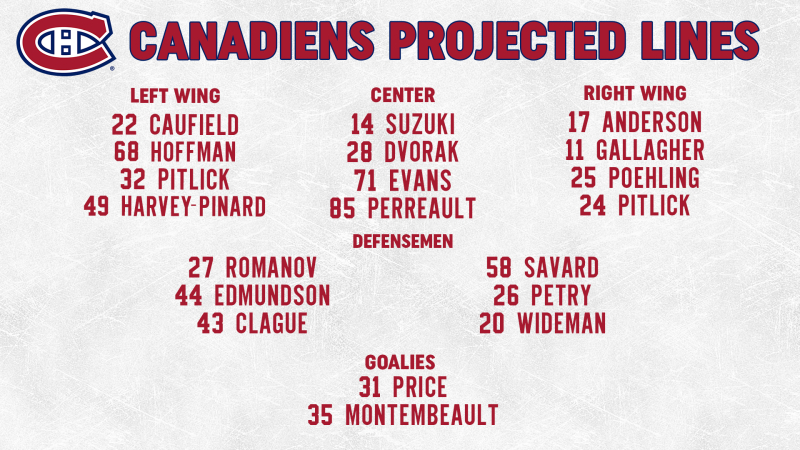