How things have changed for the two franchises that face off on Thursday night since their last meeting. When the Flyers last faced the Montreal Canadiens, it was Game 6 of the first round of the 2020 Stanley Cup Playoffs, the Flyers emerging victorious, 3-2, to claim the series.

Since then, the Flyers never regained the run to success they had in that season. Montreal didn't fare much better, finishing a distant fourth in the North in the regular season in 2020-21, but then going on a playoff run right to the Stanley Cup Final. Since then, they have also struggled and made wholesale changes to the front office.

The two teams meet on Thursday, as the Flyers try to continue to climb back in the standings and build on their three-game winning streak. 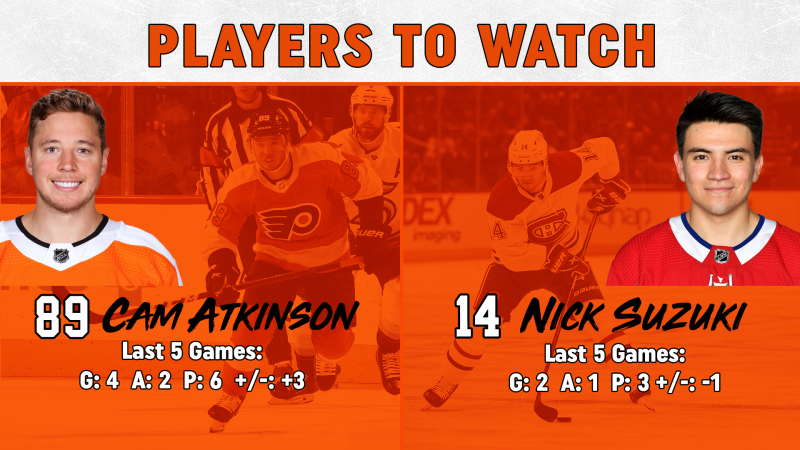 Cam Atkinson had quite the game on Tuesday. On top of a hat trick, he also added an assist for a four-point game, had seven shots on goal, and was a plus-5. Atkinson can also score in bunches and the puck seemed to find him in the last game. Watch for him in this game as well.

The Canadiens have struggled this season, but Nick Suzuki remains a key piece to their future. The 22-year-old is the team's leading scorer with 18 points. He also has two of his six goals on the season in the last five games. 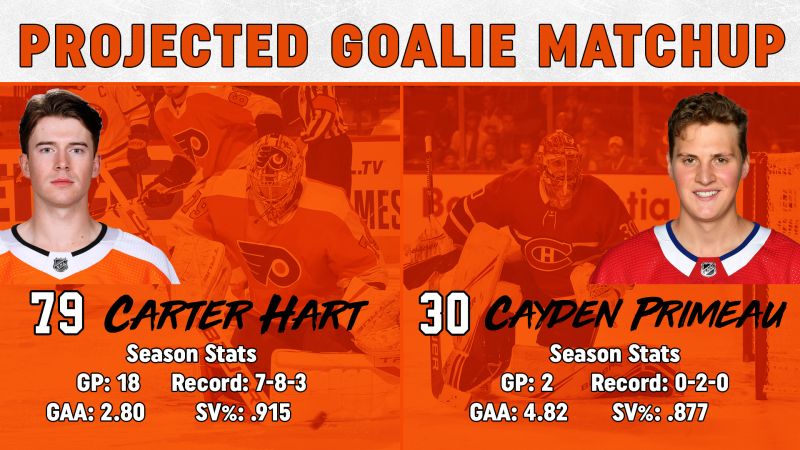 Carter Hart gets the start again on Thursday. Hart made 26 saves in the 6-1 win on Tuesday, picking up his second straight win. This is Hart's first game against the Canadiens since the 2020 Stanley Cup Playoffs. In that series, Hart had two shutouts.

Cayden Primeau gets the start for the Canadiens. He is the son of former Flyers captain Keith Primeau and grew up locally in Voorhees, NJ, and attended Bishop Eustace High School. Primeau has made just two starts this season, allowing eight goals total in the two games. Primeau has just eight career starts, posting a 2-5-1 record with a 3.85 GAA and .883 save percentage. 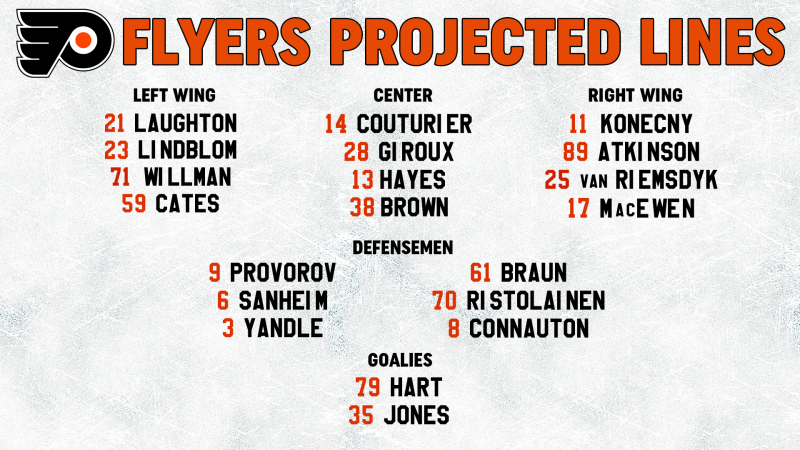 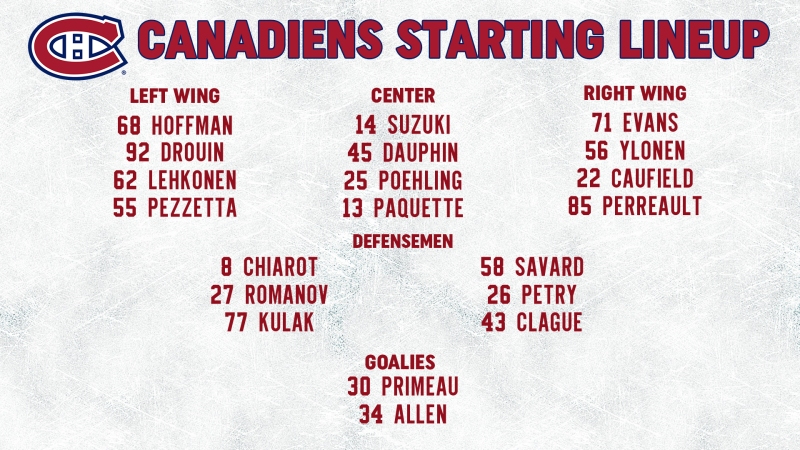