The Flyers are right back at it on Thursday night. Less than 24 hours removed from a big road win against the undefeated Edmonton Oilers, the Flyers will face-off again and go against the team that opened their schedule just a couple weeks earlier.

The Vancouver Canucks come in with a modest 3-3-1 record in the first seven games of their season, including the 5-4 shootout victory in Philadelphia on Oct. 15. The Flyers will be looking for a different result as they look to build on Wednesday's win. 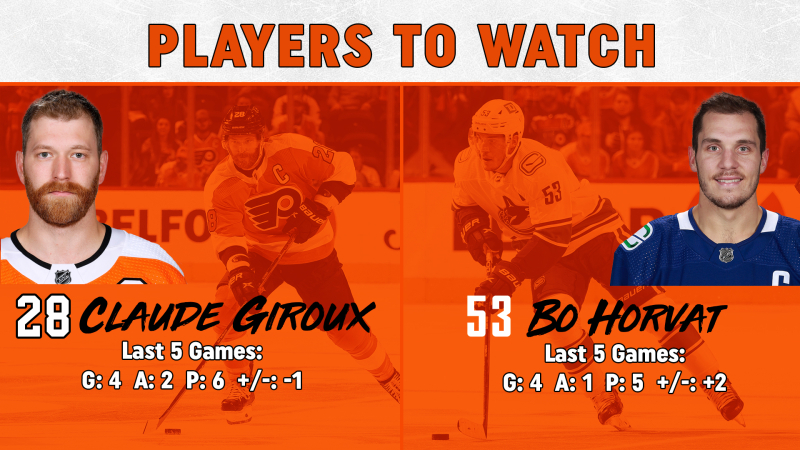 It's been a hot start to the season for Claude Giroux, who has four goals in his first five games. He opened the scoring for the Flyers in each of the last two games and looks to continue his hot streak in Vancouver.
When Vancouver visited Philadelphia a couple weeks ago, it was their second game of the season. Bo Horvat did not record a point for the second straight game and was a minus-2 that night. Since then, he has picked up five points in his last five games, including four goals, entering Thursday's game on a hot streak of his own. 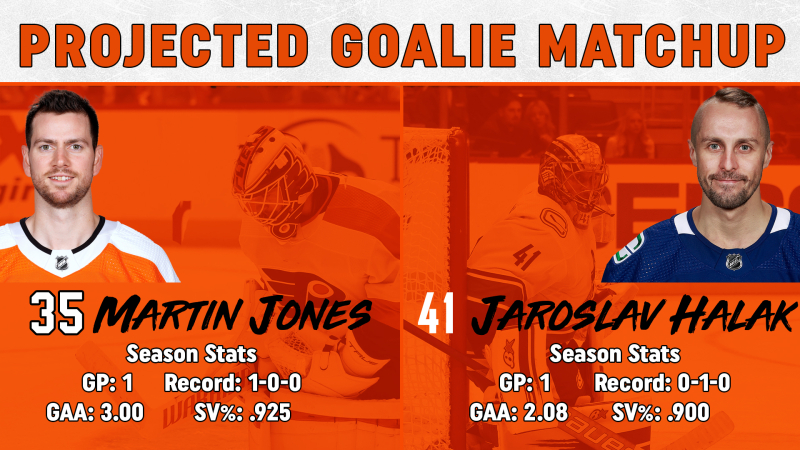 Martin Jones gets the start for the Flyers in his hometown. It will be the second start of the season for Jones, who finished with 37 saves in a win over the Bruins last Wednesday.

Jaroslav Halak is also making his second start of the season. Halak allowed two goals on 20 shots in a loss to the Detroit Red Wings on Oct. 16. 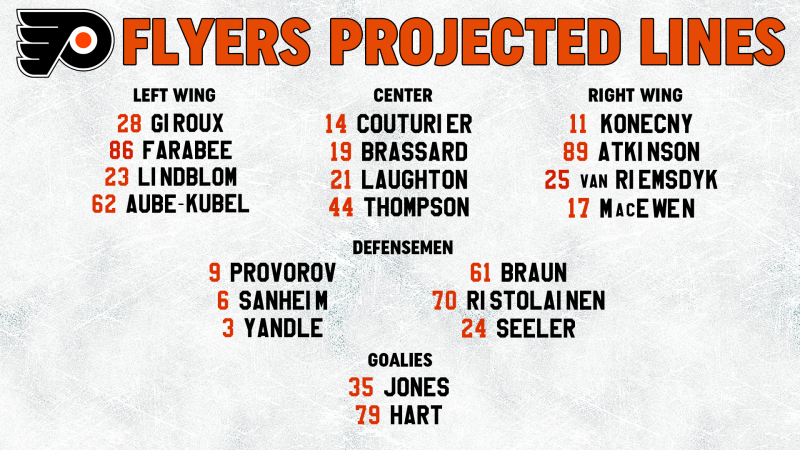 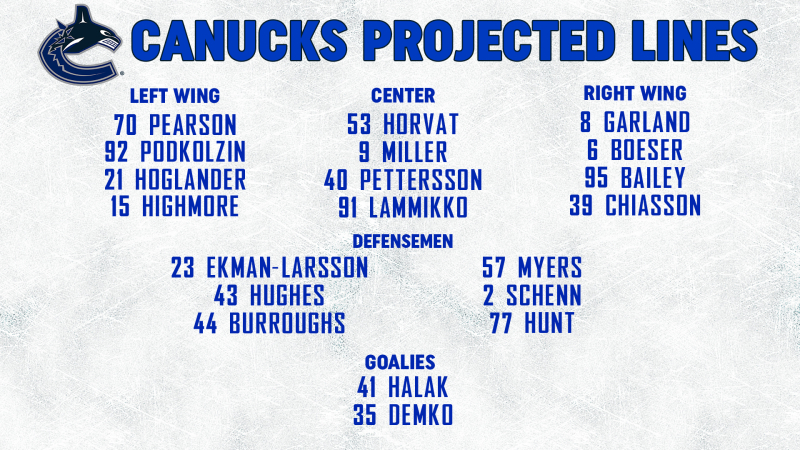