With a new coach behind the bench on Monday, the Flyers finally got some offense. For the first time in 18 games, they scored more than three goals. In fact, by game's end, they had five. It still wasn't enough to stop the snowball effect from continuing in a 7-5 defeat, prolonging their now nine-game losing streak.

Now the Flyers hit the road for the first of three games. It starts with a short trip to face the New Jersey Devils on Wednesday night. 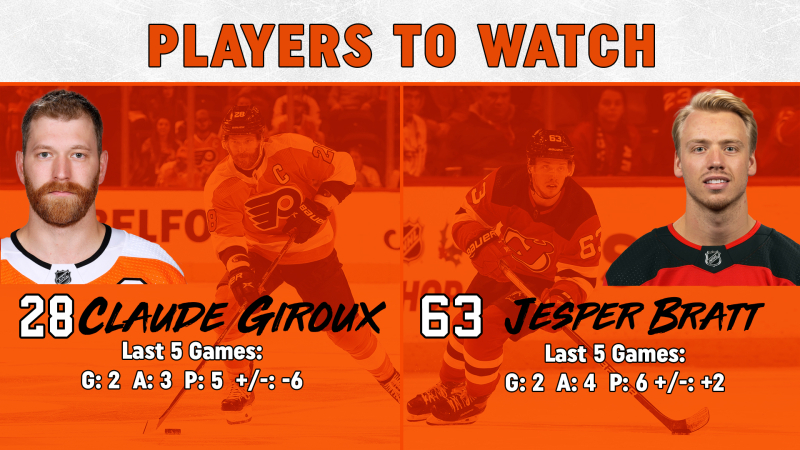 Claude Giroux got the Flyers offense going with a pair of goals in the last game on Monday. With five points in his last five games, he continues to supply points, though he's often been the only one doing it with any consistency.

Jesper Bratt leads the Devils in points this season and has been on a hot streak for most of the last month. After going without a point in the first five games of the season, Bratt has points in 14 of the last 18 games, including his best offensive showing of the season on Nov. 28, when he had a goal and two assists against the Flyers. 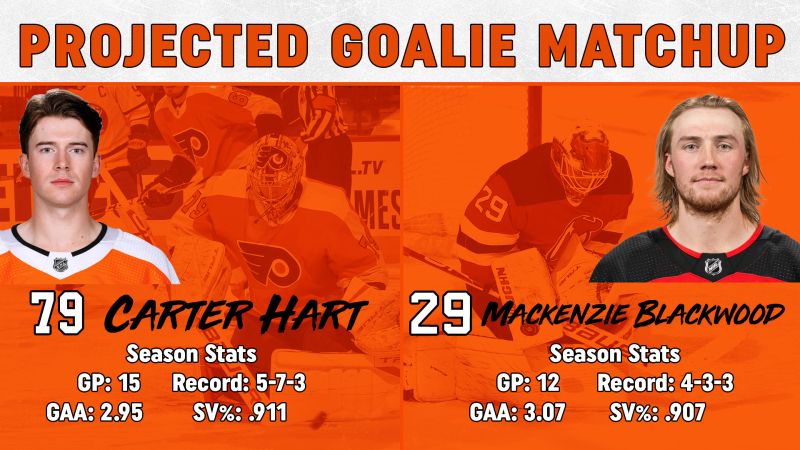 Carter Hart gets the start for the Flyers. Hart's last start was disastrous, allowing five goals before being pulled for Martin Jones. Hart's overall numbers still look good, but have certainly taken a hit with the team's defensive struggles.

Mackenzie Blackwood is expected to be in goal for the Devils. Blackwood is coming off a shootout loss to the Ottawa Senators, where he allowed two goals on 23 shots. Blackwood has lost three straight starts, with his last win coming against the Flyers on Nov. 28 when he made 23 saves on 25 shots. 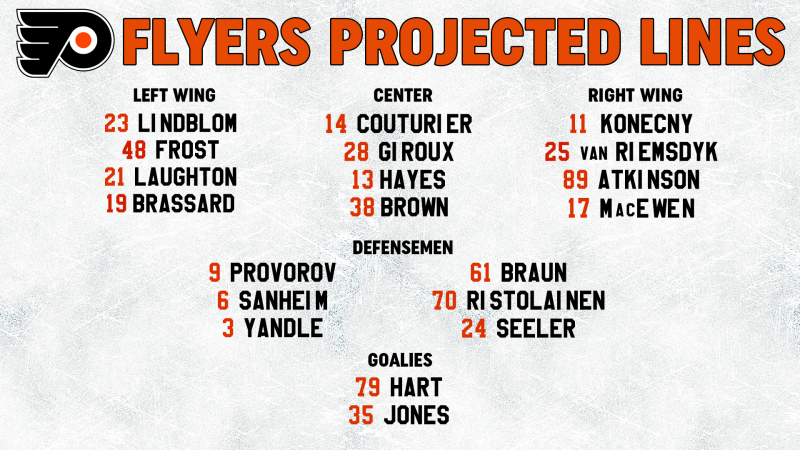 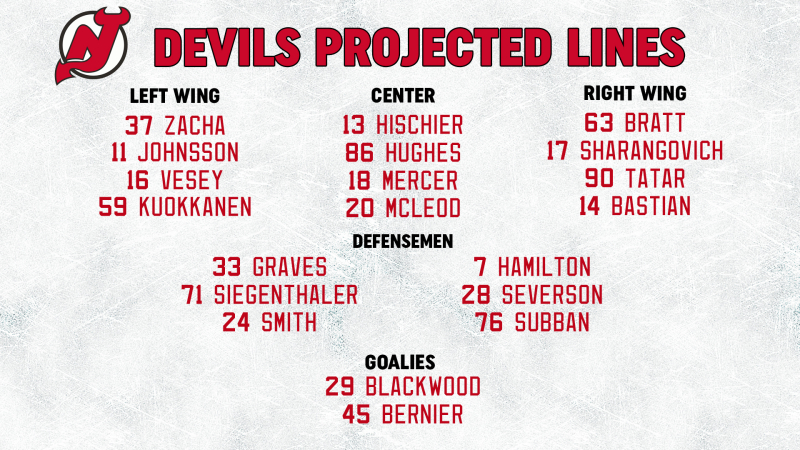