Following a three-day break from games, the Flyers return to the ice to continue their schedule as it hits the final stretch. Just 11 games remain, and it will only be a matter of time before the team is mathematically eliminated from playoff contention.

After a pair of embarrassing losses to the New York Rangers in the span of eight days, the Flyers managed to rebound with a 2-1 win back on March 27. They will close out the season series against the Rangers with a pair of games leading into the weekend, starting with Thursday night's matchup. 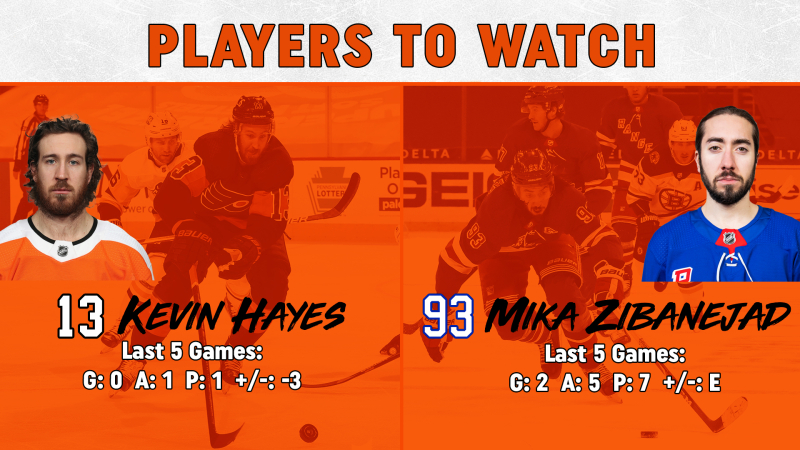 It's been a tough season for Kevin Hayes. In the last 11 games, Hayes has been held without a goal and has just two assists. The Flyers really need to see Hayes not only get back to finding some of his offensive touch, but playing smart and fundamental hockey in his own zone as a 200-foot player.

Mika Zibanejad has continued to put up points in recent games, with seven in the last five games, but has really torched the Flyers this season. After being held without a point in the first meeting between the two teams, Zibanejad has seven goals and eight assists for 15 points in the five games since. That includes two hat tricks and two six-point games. 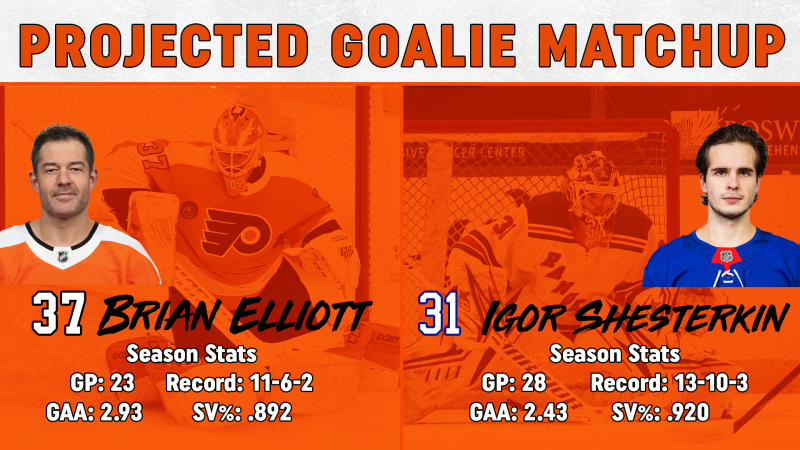 Brian Elliott gets the start for Thursday's game. Elliott continues to assume starting duties as Carter Hart recovers from injury. Alain Vigneault also didn't commit to a starter for Friday's game. Elliott was excellent in the last game against the Islanders, allowing just the overtime winner on an unfortunate bounce. 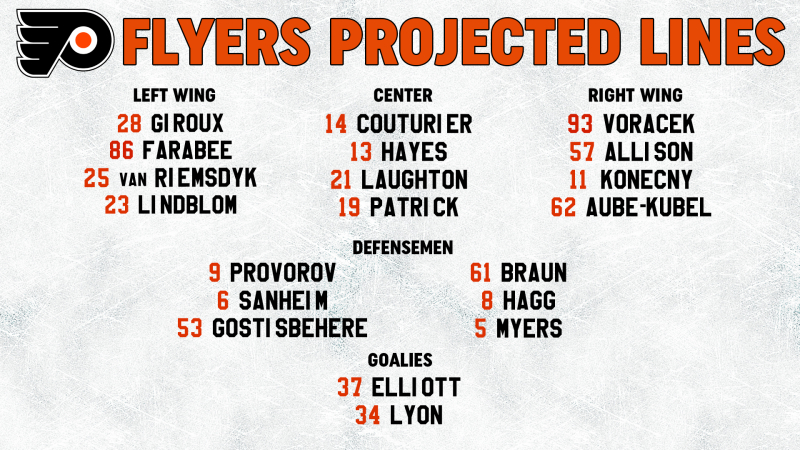 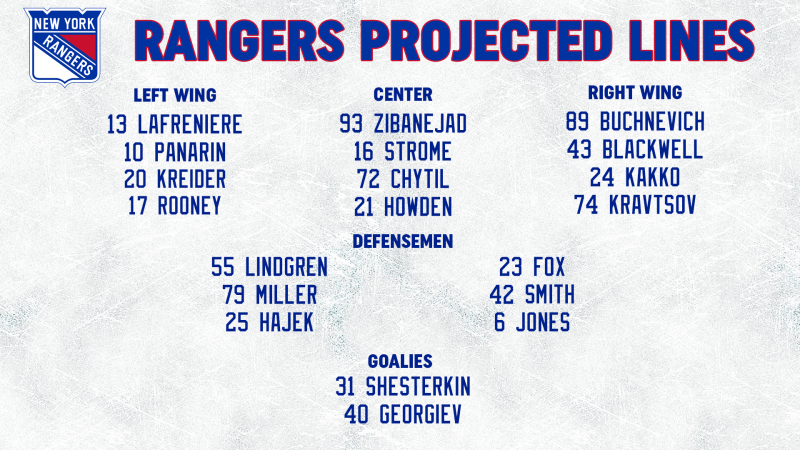