It wasn't the prettiest game on Friday night, but the Flyers have opened the season with two straight wins, a successful start to the season based on the results. Friday's game did come at a cost, as Sean Couturier will be out for at least two weeks with a rib injury. That gives Morgan Frost an early chance to show just how deep the Flyers really are at forward.

On the other side of the ice, a new opponent awaits for the Flyers. The Buffalo Sabres are 0-2 on the season, but played two competitive and entertaining games against the Washington Capitals last week. They have showed early signs that they can be a team on the rise and they will be looking for their first win of the young season.

The Flyers and Sabres face off from Wells Fargo Center on Monday night at 7:30 p.m. 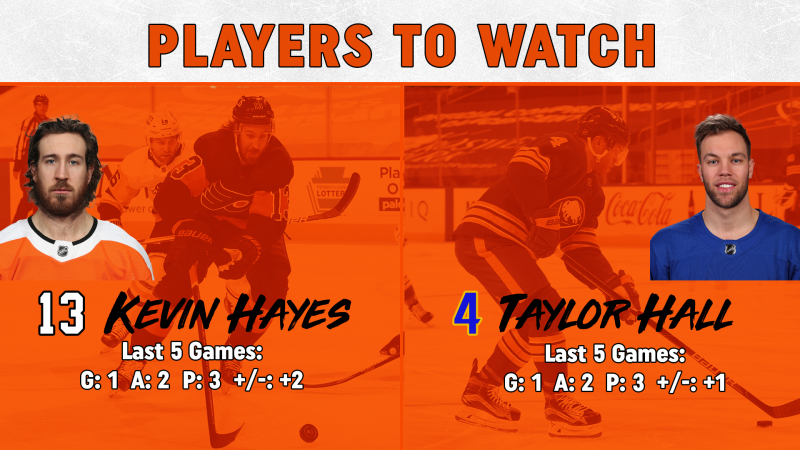 Kevin Hayes has started off the season strong with points in each of the first two games. He'll take on a greater role now with Sean Couturier out of the lineup. Hayes has been a fixture to the penalty kill and he'll need to be at his best defensively first and foremost. Keep an eye on his in this one.
The Sabres made waves in the offseason by adding Taylor Hall through free agency. Hall has made an immediate impact with three points in his first two games, including getting the first goal of the season for the Sabres. The Flyers should be plenty familiar with Hall from his time with the Devils, but he joins a roster and a line that features another top player that can certainly do a lot of damage. 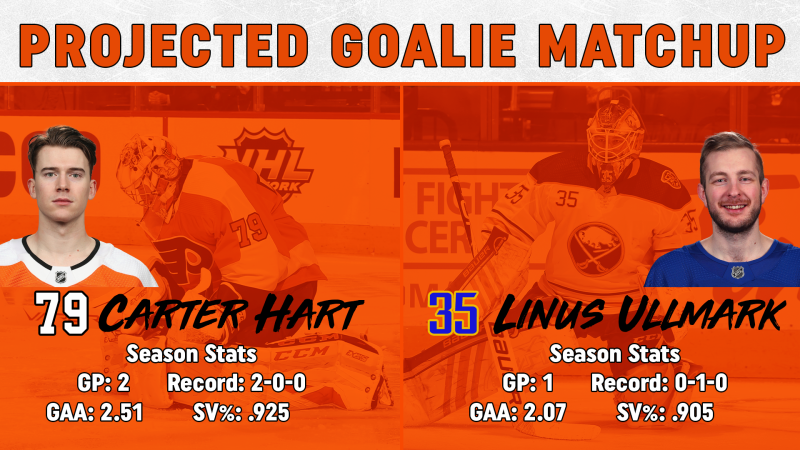 No surprise here, the Flyers are turning right back to Carter Hart for the third time this season. Hart continued to be sharp in Friday's game, delivering another 31-save performance in the 5-2 win over the Penguins. Hart's third season in the NHL is off to a solid start, and he may be the key to the Flyers maintaining a spot in the playoff picture and near the top of the East Division through the season.

The Sabres did not officially announce a goalie for Monday's game, but Linus Ullmark was first off the ice at the morning skate, indicating he should get the start. Ullmark had a solid debut against the Capitals, allowing two goals on 21 shots in a 2-1 loss to Washington. 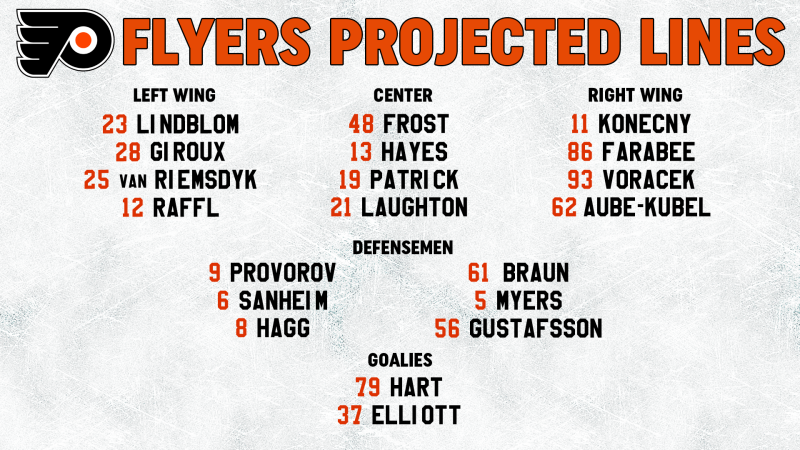