At the time of puck drop on Sunday afternoon, there will be 25 hours remaining until the NHL trade deadline. There is certainly a chance things could look different for the Flyers by the time they next take the ice following this game. Of course, Saturday's win somewhat kept their playoff hopes alive for a bit longer.

Now, the Flyers take the ice again, this time to face the Buffalo Sabres. A win could move them back to within two points of the Boston Bruins for the final playoff spot in the East, pending the result of Boston's game later on Sunday night. Travis Konecny scored a goal on Saturday afternoon to get in the goal column for the second time this week. He also added an assist, giving him seven points in the last five games. Konecny looks to keep his recent points surge going on Sunday. 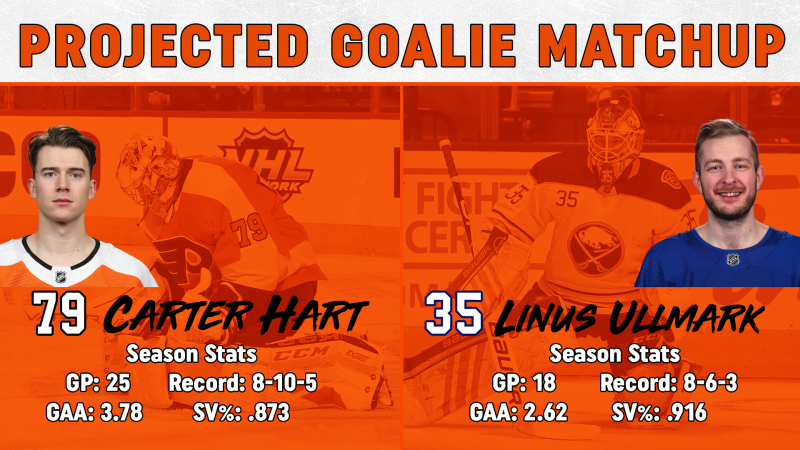 Carter Hart gets back in net for the Flyers on Sunday afternoon after having Saturday off. Hart has looked better of late, despite not having a win in his last six starts. In his last three games, Hart has managed to keep the Flyers in competitive games, including two shootout losses to the Islanders.

Linus Ullmark is expected to get the start for the Sabres and had a run of three straight wins after beating the Flyers on March 31. He picked up wins against the Rangers and Devils as well before allowing five goals in a loss to the Devils in his last start on Thursday. 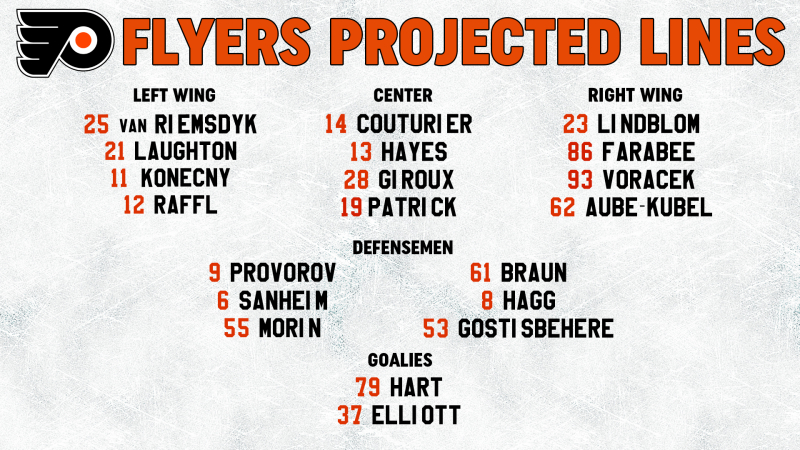 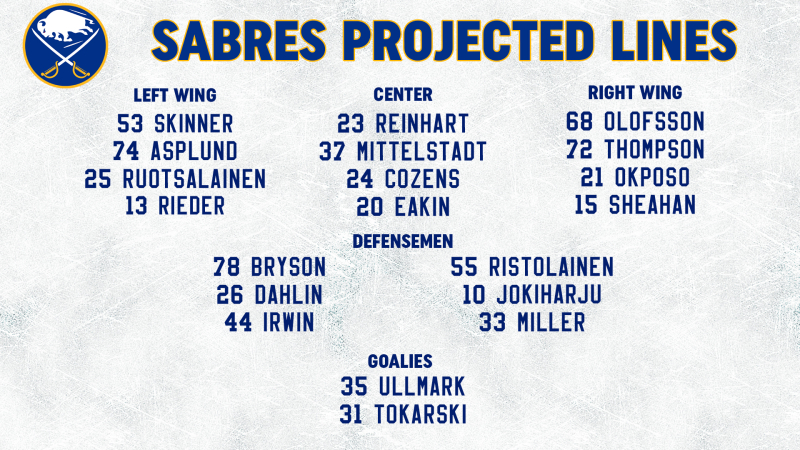