It was more of the same from the Flyers when the Capitals returned to Wells Fargo Center on Thursday. The team fell behind and ultimately never recovered. So much of it had to do with their own mistakes.

Last week, the Flyers had to completed a massive comeback to secure a win and two points against the Penguins, and it was their only win of the three-game series. They wrap up a three-game week with the Capitals on Saturday night, desperately in need of a win to get back on track in the division race. 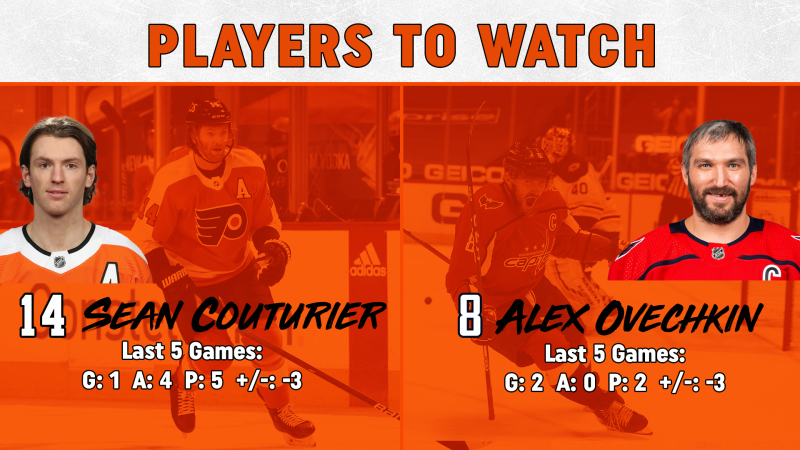 Sean Couturier has been the Flyers best player in the last few games. It's not even close. Every time he's on the ice, there is at least the chance something happens. The team has either had their best possession shift in several minutes or finds a way to capitalize or draw a penalty. Couturier and his line may be leaned upon again to carry them.

It has the potential to be a big night for Alex Ovechkin. First, he's scored in each game against the Flyers this season, totaling four goals in three games. Ovechkin is also three shots away from passing Jaromir Jagr for second all-time with 5,638 shots. Only Ray Bourque has more at 6,209 shots on goal. Ovechkin is also three points away from 1,300 in his career. He's also sitting on 715 career goals, just two away from tying Phil Esposito for sixth all-time. 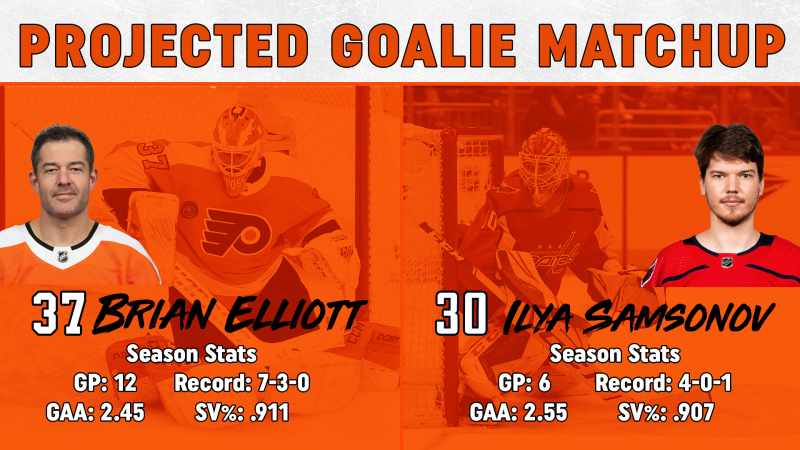 Brian Elliott allowed four goals to the Capitals on Thursday, but gets the start in goal again on Saturday. It was hard to fault Elliott on any of the goals given the defensive structure in front of him, and he's been solid all season.

Ilya Samsonov was not quite as busy as he was in Sunday's game against the Flyers, making 29 saves in Thursday's win instead of the 36 he made earlier in the week. That said, he's been sharp for the Capitals since he return from the COVID list and gets another start in goal on Saturday. 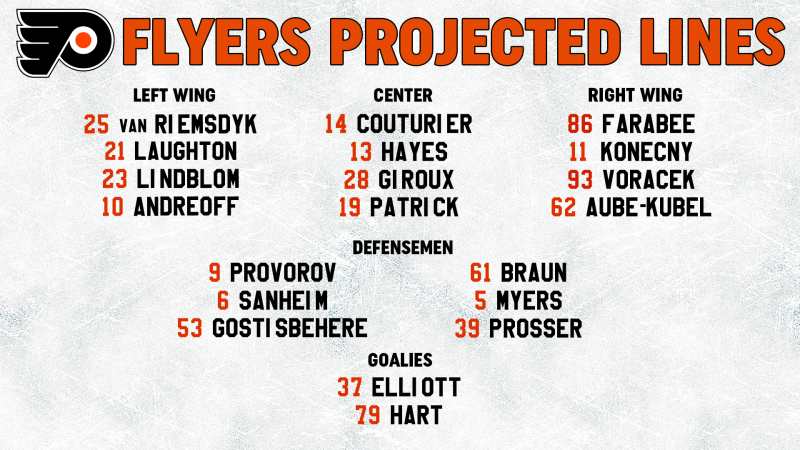 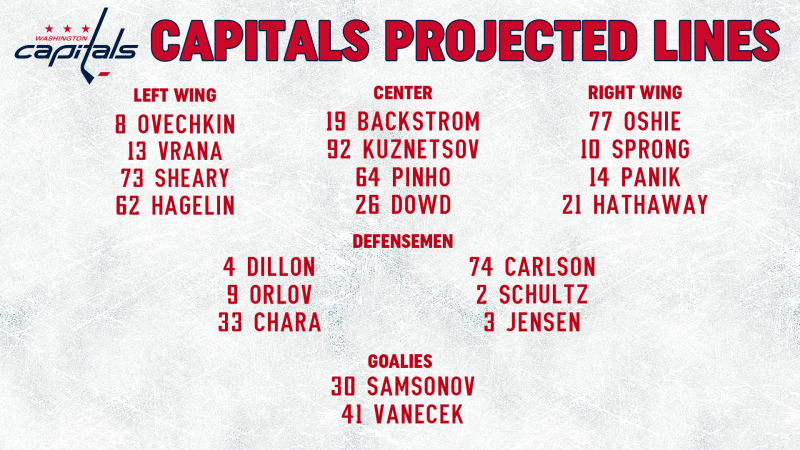