Finally, on Monday night, the Flyers got their first win against the Bruins this season. It took overtime to do it though, and that allowed the Bruins to essentially maintain pace with the Flyers in the standings, when every point is valuable.

The two teams meet again on Tuesday night, this time in Philadelphia, to complete the home-and-home and the second of three matchups this week that could ultimately determine the standings for good. For the Flyers, it's another must just to keep pace. 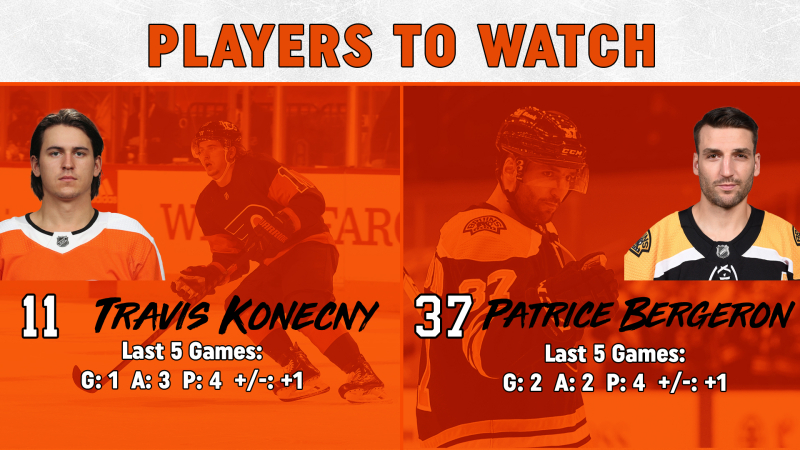 Travis Konecny finally snapped a 12-game goalless drought on Monday. He's been playing with more energy lately and the offense may be coming around. It could be just in time for the Flyers if it continues throughout the week, but especially on Tuesday night.

Usually it's David Pastrnak or Brad Marchand providing the offense, but Patrice Bergeron had a goal in Monday's game and led the way with six shots on goal for Boston. He'll also be pretty determined for a better outing after falling down in overtime on the rush that led to the game-winning goal. 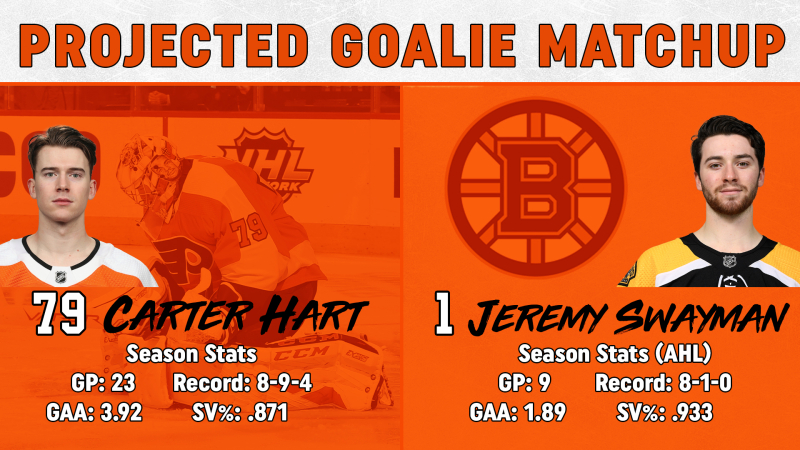 Carter Hart showed signs of bouncing back with a solid performance in goal on Saturday and a more upbeat demeanor following the game. The Flyers are hopeful that continues on Tuesday, as they lean on Hart to keep the success going.

At the other end of the ice, the Bruins are using Jeremy Swayman. Just over a year ago, he was playing for the University of Maine. On Tuesday night, he will make his NHL debut. Swayman was off to a hot start in the AHL, with an 8-1 record and 1.89 GAA before getting the call up to the NHL with Tuukka Rask and Jaroslav Halak both out for Tuesday. 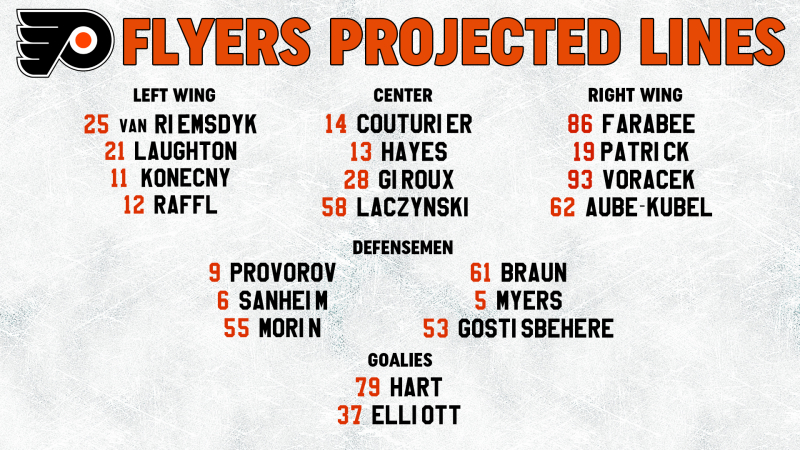 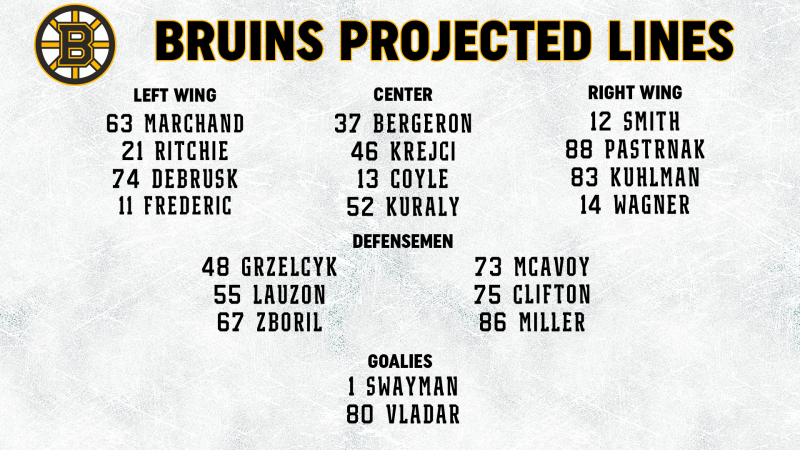 What Are the Signature Drinks From Every State?