It’s a phrase that has practically become the Sixers unofficial slogan, in large part a result of a t-shirt which has made its way to national television multiple times.

What does “trust the process” really mean? To some, it has come to represent the unwavering loyalty of many towards Sixers general manager Sam Hinkie. To have faith, even if the results aren’t there, because of some undefinable process with unmeasurable results.

For some, it’s become proof of a ponzi scheme of job security that Hinkie is using to hoodwink the fans of this noble city, and team management.

“Trust the process”, however, really has its roots in something else. It’s in part about the notion that the process is more important than the results that come of it. It’s something that Joshua Harris talked about before Hinkie even arrived, and something that I agree with.

The need to trust the process has its basis in the biases that many of us inherently have, basketball executives included. It’s something that we all must fight, day in and day out, to make the best decisions. Many mistakes are born out of biases we don’t even know that we have.

When most people think of biases, they think of a bias against something specific, such as against a specific player or ideology. In truth, a bias is frequently much more obtuse than that. It’s frequently something that simply influences how we perceive information.

In social psychology there’s a process known as dual-process reasoning, with System 1 reasoning being what largely drives decision-making among humans. System 1, or implicit reasoning, is largely based on intuition, instinct, and emotion. What we’ve experienced in the past provides us with mental shortcuts to instantaneously react to situations, and thus influences the course we take in the future.

Relying on System 1 reasoning isn’t necessarily wrong, per-say. In fact, it’s necessary, and a big part of what kept human beings alive all those years.

When standing in the woods and presented with very little information, say the noise of a shrub moving or the familiar sound or a twig snapping, animals don’t have time to sit down and weigh the outcomes of all possibilities. If faced with a predator who is making those sounds, a delay of even a second, much less the amount of time it would take to process all possibilities and resolutions, would get you killed.

System 1 reasoning is an entirely natural response. It’s also, if used when unnecessary, and if used without the counterbalance of System 2 reasoning, one that is prone to biases, can lead to a completely unfounded sense of conviction, which can then lead to dangerous mistakes being made.

System 1 reasoning is something that’s not wrong by itself, but it’s something that can be used incorrectly. It’s not applicable to every situation, and at times it needs to be balanced by a much more methodical, deliberate, logical inspection of the situation. And all too frequently, our decision-making process defers to our intuition.

Much of that methodical System 2 reasoning is meant to balance out the biases inherent in our gut reactions. Everything from recency bias (trends in recent past being at the forefront of our thought, and weighing more heavily on our decisions), confirmation bias (finding, or twisting, events to confirm previously held beliefs while ignoring events that go against our beliefs), loss aversion (potential losses scaring us from action more than potential gains drive us), a bias towards controllability, risk-aversion, and many other biases are all traps all decision-makers need to actively fight against.

Many of these same biases tend to influence our ability to recall the past. In truth, our memory about the details and intricacies surrounding the events and decisions of our past is not nearly as strong as we convince ourselves it is when making decisions.

Then there comes the point of pure sample size. Whereas an animal’s sense of conviction can be based off of data being passed down from generation to generation, the experience of a basketball executive, even the most experienced executive in the land, is based off of a depressingly small set of experiences that mistakenly steers our future decision-making process.

The links between events can be tenuous at best. “We took a risk on this injured prospect and he turned out great, therefore we should take this risk as well,” or “prospect X developed a jump shot and became a completely different player than he was in college, so prospect Y can as well.”

They’re links that very rarely take into account enough extenuating circumstances to be relevant to each other, in part because we fail to pick out all the variables that could influence an outcome, and in part because if we did, we wouldn’t have a large enough sample size to really have meaningful data to make a decision off of.

Even slight deviations in the answers to these questions could change the equation drastically, and that outcome that you’re using to base your gut instinct on now has little to no relevance. Worse, because you’ve applied a disproportionately high weight to those past experiences, you’ve now staked your entire decision-making process on something that may not even prove what you want it to prove.

There is absolutely an element of chaos theory in effect in sports. Even when something, in theory, should be completely deterministic, small differences and deviations that we do not detect means they are largely not predictable, yet we rely on these past outcomes to guide our future decisions and predict the future. 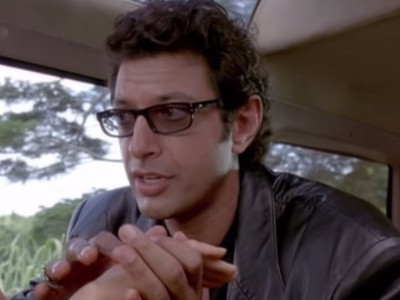 The reliance on past experiences becomes even more dangerous when we begin to factor in luck, which is undoubtedly there, and in much larger quantities than most like to admit. Throw a batter the same pitch 22 different times and you’re almost guaranteed to have the ball land in 22 different spots on the field. Some, regardless of how well they were struck, will be outs. Some will go 2 feet to the right and turn into doubles, whereas others will be inning-ending line drives. Despite having virtually no control over the difference in the outcome, how we remember the at-bat will be vastly different. And, depending on how crucial the at-bat is on the outcome of the season, it will have a vast impact on how “clutch” we view the player.

Yet chance and luck are that elephants in the room that nobody wants to acknowledge, for reasons that are fascinating to me. Are people that desperate for the illusion of control? Do people feel like it diminishes their accomplishment if they acknowledge the existence of luck? Does it challenge the ego of being the best?

Regardless of whether you want to admit it or not, luck plays a huge role in our everyday lives, and in building an NBA champion. Would Golden State’s trajectory have been the same if one of the 6 teams drafting ahead of them had taken Stephen Curry in the 2009 draft? Even if Golden State had made every correct decision, is it all for naught? What happens if Curry’s chronically injured ankles kept being chronically injured? What happens if Andre Iguodala doesn’t accept a bench role? Or if a team in the 1st round recognizes Draymond Green’s value?

Lady luck waits around the corner at every step of the way hoping to derail a title contender.

Acknowledging that fact doesn’t take away from the incredible accomplishment of building a champion. Luck is an undeniable truth, but being able to capitalize on that luck takes hard work, preparation, and creativity. That’s where champions are built.

But the existence of luck is why “process over results” is a truth that needs to be acknowledged. It’s why judging a decision based solely on result is great for a media contingent looking to generate discussion and drive ratings, but, by itself, not the greatest way of evaluating individual decisions, or the quality of the decision-makers that are making those decisions. It’s why Joel Embiid could never play a game in the NBA (and, to be clear, I do believe he will play in the NBA) and you can still make a very strong argument that selecting him 3rd overall was the correct decision.

The existence of luck and the necessity of process over results is why relying solely on System 1 reasoning, which relies on intuition from our own past experiences, can be so risky. Our own personal experiences can be so void of substantive examples, and we do such a bad job of recognizing all of the variables that impact the end result, that we can jump to conclusions that we shouldn’t.

In short, it’s possible to be both fooled by excellence, and also to be fooled by failure, when we fail to interpret outcomes correctly, and then view the past through a filter that can, at times, distort reality. Outcomes are more readily available, and thus easier to measure, than the intricate details that go into making those outcomes a reality.

So far, Lady Luck has been an inconsistent contributor in the Sixers rebuild. The Sixers did get lucky that Nerlens Noel unexpectedly fell to 6th overall, that there was a team willing to trade the pick used to acquire him, and that Noel, who has surprisingly played in more games than Jrue Holiday since the trade despite missing his entire rookie season, looks to be on the path to good health. The Sixers were lucky to find a trading partner in Orlando for the Dario Saric deal, and they were lucky that a team like Sacramento was so desperate to clear cap space.

In each of these scenarios, the Sixers smartly capitalized on luck, which showcases that much in basketball is a combination of both luck and skill. They were able to capitalize on luck, something that good teams are frequently in a position to do, which gives some fans optimism for the future.

But Lady Luck has also been a thorn in the Sixers side. The Sixers haven’t lucked into the top overall pick in either of the past two drafts. Perhaps more damaging, the Sixers have yet to get lucky on Joel Embiid’s injury, something which could truly be franchise altering.

Luck has been on the Sixers side for singles, doubles, and triples, but the grand-slam home run has thus far eluded them.

But the Sixers remain well-positioned to capitalize on that luck when it does present itself. Whether that presents itself as Jahlil Okafor turning into the best post-scorer in the NBA, Nerlens Noel’s offensive game developing more than expected, Joel Embiid returning for an injury-free 2016-17 campaign, a superstar falling to the Lakers pick, winning the 2016 lottery, the Kings imploding to either give the Sixers the rights to a high-value pick swap in 2016 or 17, or a high unprotected pick in 2019, optionality for the Sixers is not just a catch-phrase, but a philosophy. A philosophy born out of a recognition of the role that chance and luck play in building a team.

Because of this, it’s hard to be critical of the decisions the Sixers have made so far. While they are well-positioned to capitalize on luck once it presents itself, and have made the most of the few instances when it has, they haven’t yet passed on anyone that would truly be a difference-maker. You could make a very strong case that they have made the most of the hand that they have been dealt, which is really all you can ask for in a front office.

Trust the process doesn’t mean blindly supporting an organization, nor does it propose an infallibility of those making the decisions. Trust the process is an acknowledgement of luck, the impact of chance, an understanding of chaos, and a recognition of our own biases and the shortcomings of relying solely on experience.

Even if it’s not at a pace that many want.